Despite declining iPhone sales for the second consecutive quarter and the ongoing US-China trade war, the overall sentiments for Apple Inc. (Apple) remain high, according to GlobalData’s Company Filing Analytics platform, which analyzes and showcases sentiments across companies and sectors by scanning through earning transcripts and filing documents.

Apple’s revenue declined by 7.2% in the third quarter (Q3) ended June 2019, marking its second consecutive quarter of decline with its flagship product iPhone (which accounts for approximately 50% of the company’s revenue) showing no signs of recovery in sales since the last three quarters.

Vaibhav Khera, Director at GlobalData, says: “The optimism for Apple can be attributed to the sales growth in product categories outside of iPhone and, in particular, the strong performance of its services and wearables businesses. The company has strategically invested in these two areas over the last several years and now the two businesses collectively make for the size of a Fortune 50 company.” 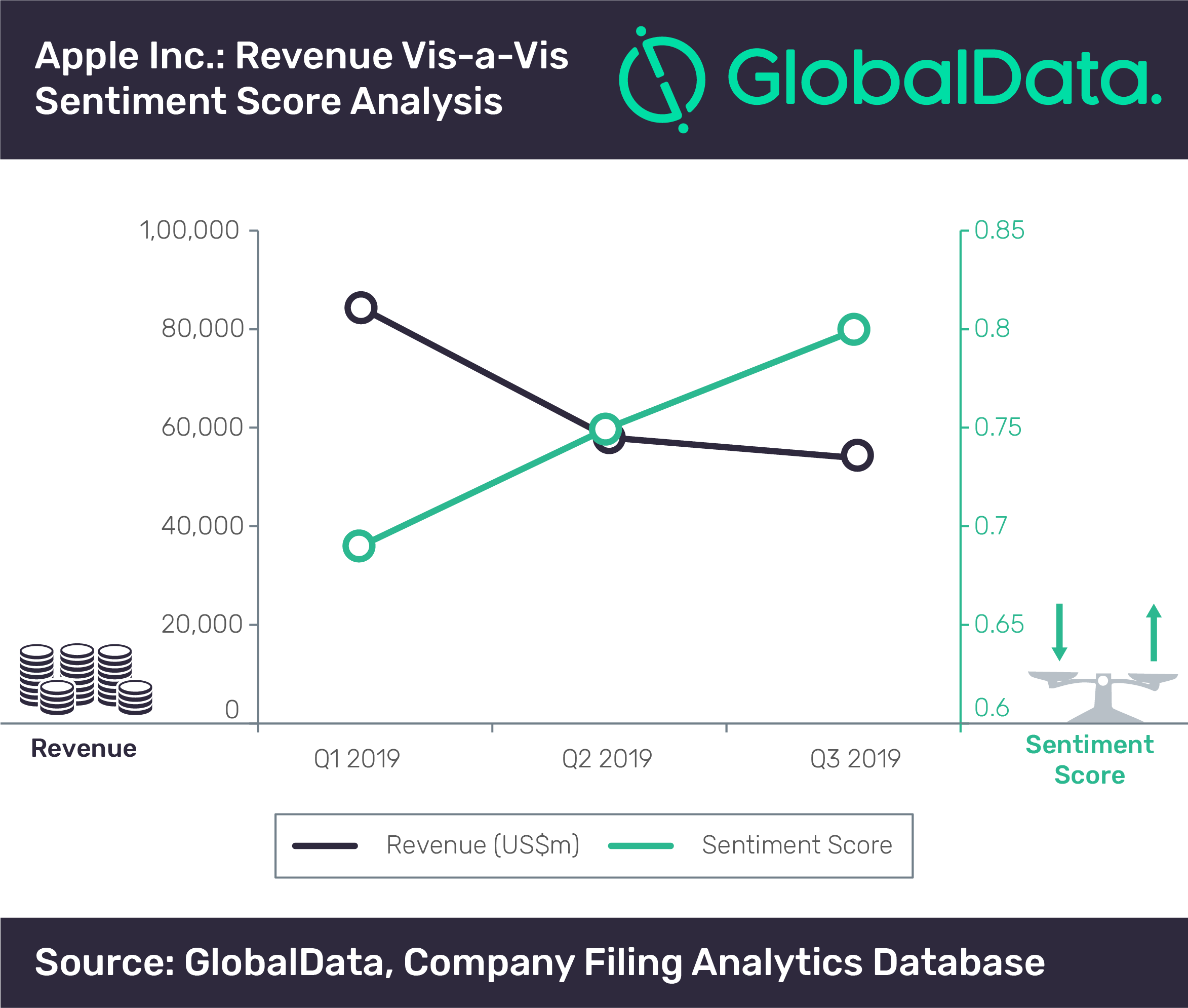 The combined sales of the company’s wearables and services businesses as a proportion of total revenue also increased from 21.6% in Q1 2019 to 31.6% in Q3 2019, with services business alone accounting for 21.3% share in Q3 2019. This is also helping the company in reducing its reliance on iPhone sales. 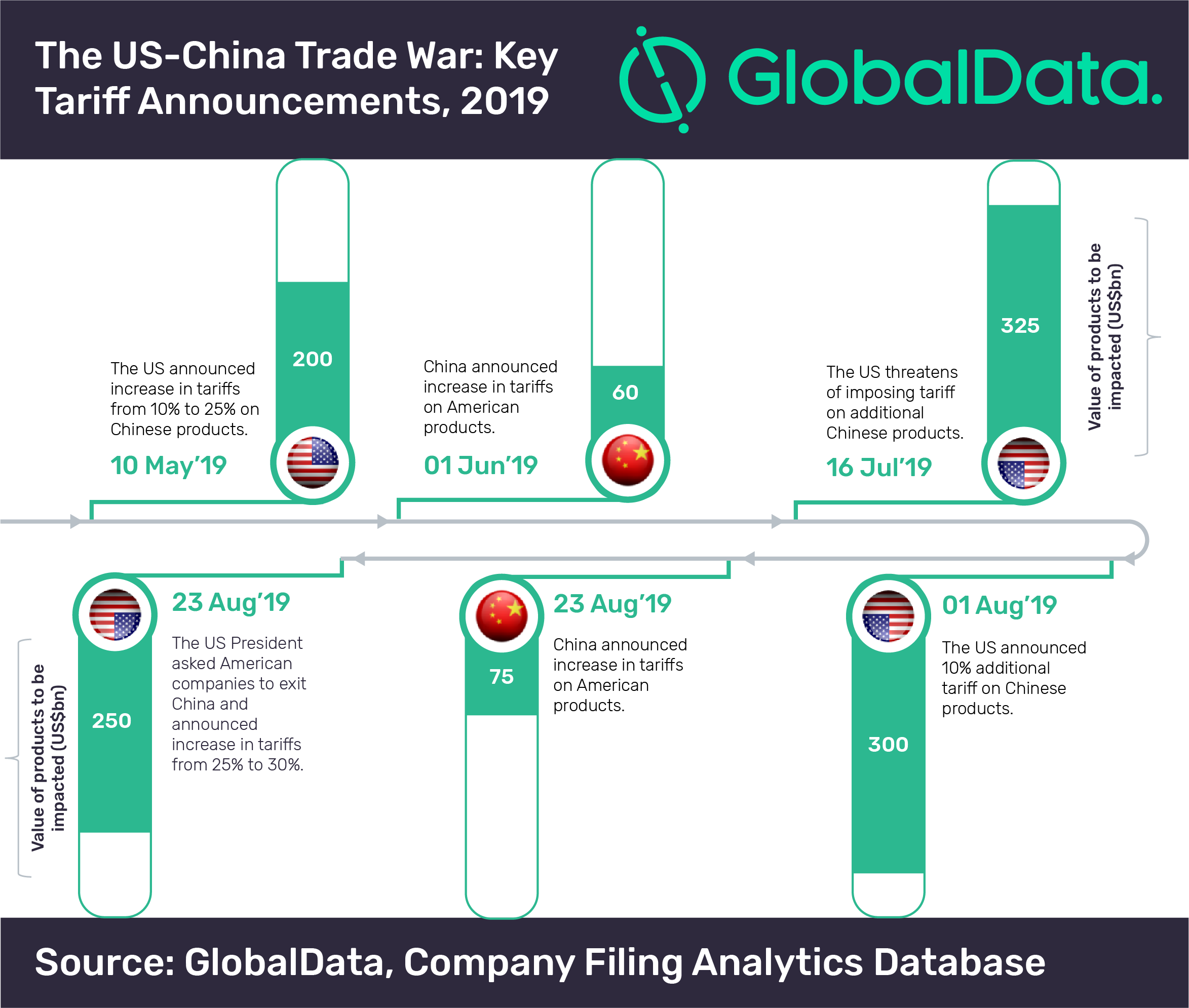 The US-China trade war has been taking a toll on many companies on both the sides. However, Apple has so far been able to mostly stay immune to tariffs. On 13 August 2019, the US Trade Representative, which initially proposed additional 10% tariff on several products, removed cellphones from the tariff list.

Khera adds: “Though negotiations for easing trade tensions between both the countries are on, Apple’s business remains vulnerable and its performance may be affected if trade talks fail.”

Apple manufactures/assembles key products, including its flagship product iPhone, in China, prices of which will increase further if the US imposes tariff on Chinese imports. The American tech giant will either be forced to absorb the enhanced costs or pass it on to the customers thereby making its already-costly flagship product even more expensive. Furthermore, the trade war may also disrupt its supply chain.

Backlash from China in response to US tariffs can also affect Apple’s topline as it generates significant proportion of its sales from the country. China was the third largest revenue generating nation for Apple, after the Americas and Europe in Q3 2019.

Khera concludes: “Investors are likely to remain vigilant over any new announcement of tariffs that may affect Apple’s products. It would also be interesting to see how Apple sails through these troubled water.”