Multiple big pharma companies are developing new anti-obesity drugs, including Novo Nordisk, Sanofi, and AstraZeneca and six drugs are expected to launch by 2026, according to GlobalData, a leading data and analytics company.

Dr Edit Kovalcsik, Managing Analyst at GlobalData, comments: “Obesity has become an epidemic and it is recognized as one of the major health issues due to the high risk of developing chronic diseases, such as cardiovascular disease and type 2 diabetes. It is now the most investigated indication within the metabolic disorders therapy area in the 8MM* by the number of trials.”

According to GlobalData’s report: ‘Obesity: Competitive Landscape to 2026‘, the obesity pipeline consists of 253 products across all indications and stages of clinical development across the 8MM. 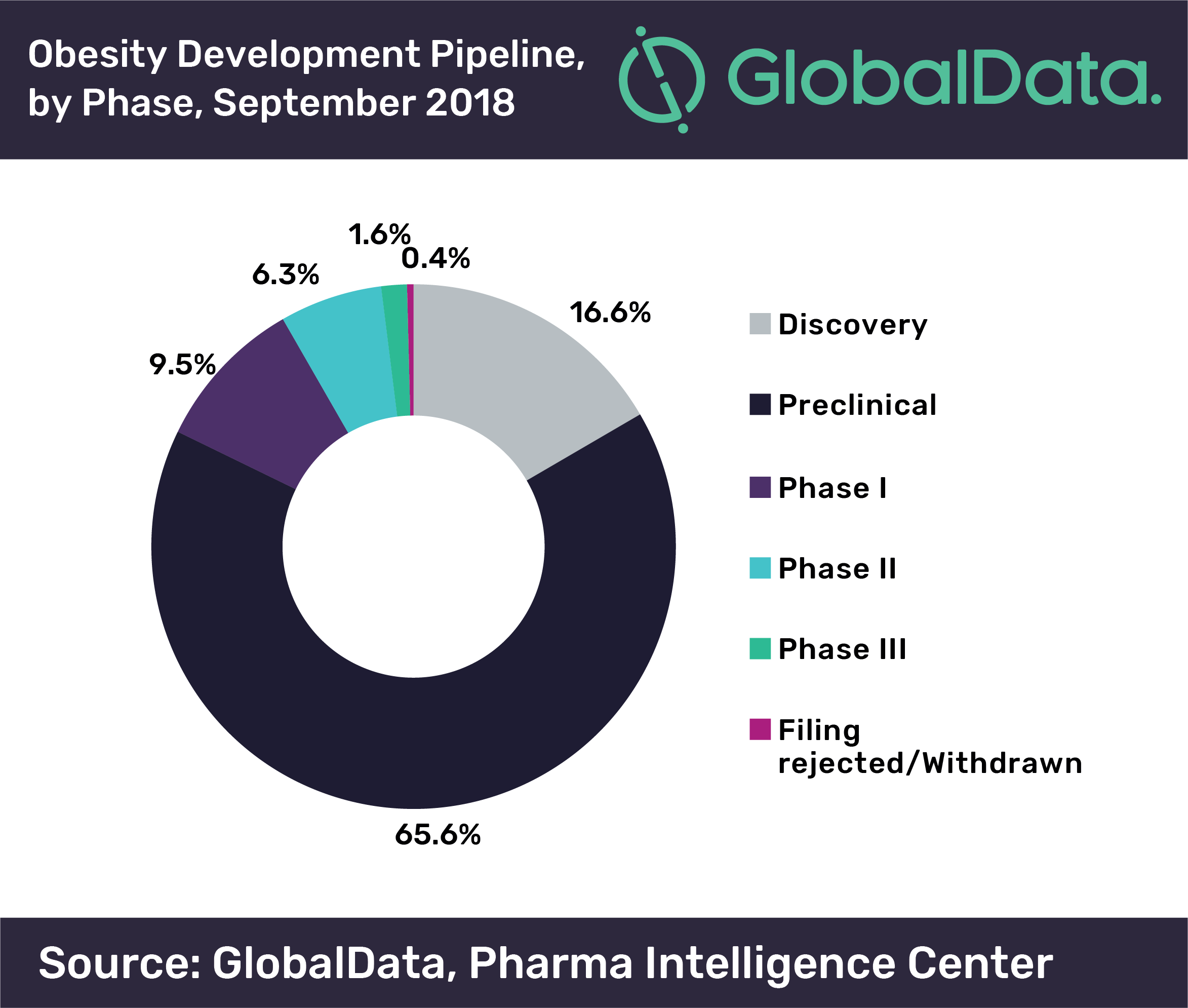 Dr Kovalcsik continues: “The obesity market is about to expand, with the addition of five new-generation GLP-1RAs, including long-acting GLP-1RAs and dual GLP-1R and glucagon receptor (GCGR) agonists, and one first-in-class appetite regulating drug by 2026. This will cause significant changes in the obesity landscape particularly in the US and the 5EU.

“The obesity market will remain less impressive in Japan and China; only two anti-obesity drugs are likely to launch in Japan while in China only one drug is likely to see the light by 2026, despite China having the second highest prevalence of obesity in the 8MM after the US.

“Novo Nordisk will remain a strong player in the obesity space for the next 10 years due to the company’s marketed GLP-1 analog, Saxenda, and a long-acting (once weekly) GLP-1 analog, semaglutide, which will be first to market among the new-generation GLP-1RAs in the obesity space in 2022. However, the company’s leading obesity drug will face patent expiration and its new drug will compete with subsequently launching dual agonists designed to be more effective than those with a single target.”