The American law firm held the top spot again in FY2018, with 189 deals worth $546.9bn, including the second biggest transaction of the year – Cigna’s acquisition of Express Scripts for $67bn. With a mix of deal sizes the company also achieved a value increase of 27.9% during the same period. 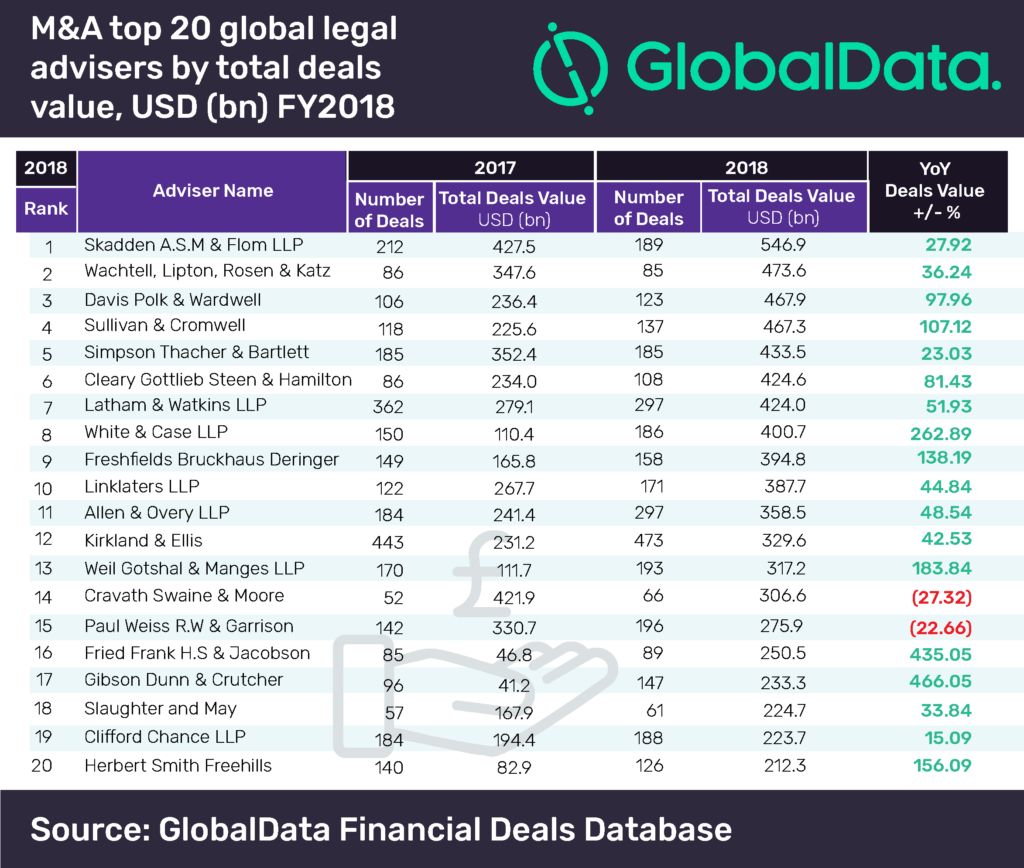