Skadden gained top spot in terms of deal value by advising on 23 deals worth US$79.4bn, which was the highest value among all the advisers. Meanwhile, Kirkland & Ellis led in volume terms having advised on 35 deals worth US$15.3bn.

Aurojyoti Bose, Lead Analyst at GlobalData, comments: “Kirkland & Ellis, which was the only adviser to advise on more than 30 deals, lost its top position by value to Skadden, which advised on relatively fewer but big-ticket deals and occupied the second position in terms of volume. 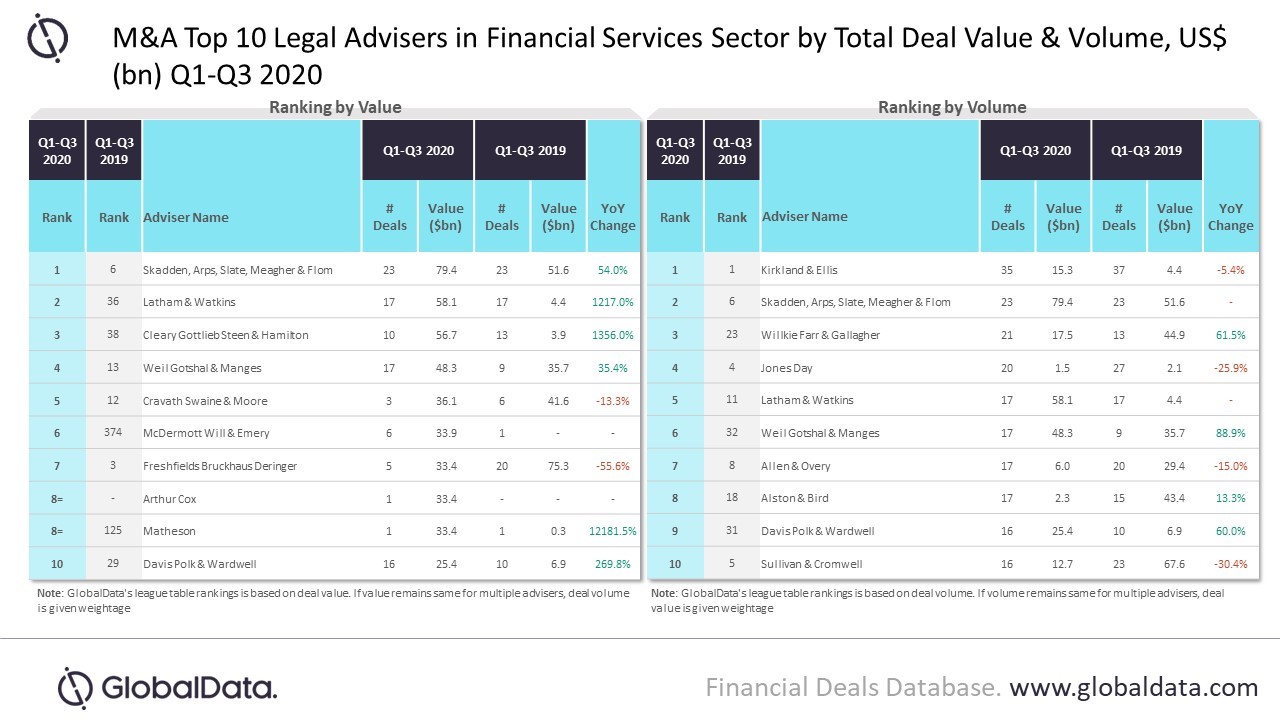 Willkie Farr & Gallagher occupied the third position by volume with 21 deals worth US$17.5bn, followed by Jones Day with 20 deals with US$1.5bn.