Smart glasses will be a $2bn market by 2030, says GlobalData

The global smart glasses market is expected to take off by 2030, with forecasts estimating the market will be worth $2.3bn. The market will expand at a compound annual growth rate (CAGR) of 18% over the next 11 years, having generated $374m in 2019, according to GlobalData, a leading data and analytics company. The majority of this growth will come from enterprise sales, with large enterprises being the prime adopters of smart glasses over the next three years. Small and medium-sized businesses across all industries will wait to see evidence of long-term benefits before investing.

GlobalData’s latest report, Thematic Research: Smart Glasses, notes that there is little choice in the consumer/enterprise smart glasses segments, when it comes to volume of shipments, but the enterprise market generates far greater revenue – equivalent to 80% of the total market in 2019 – due to the high cost, which in turn is because as they typically feature industry-specific capabilities. 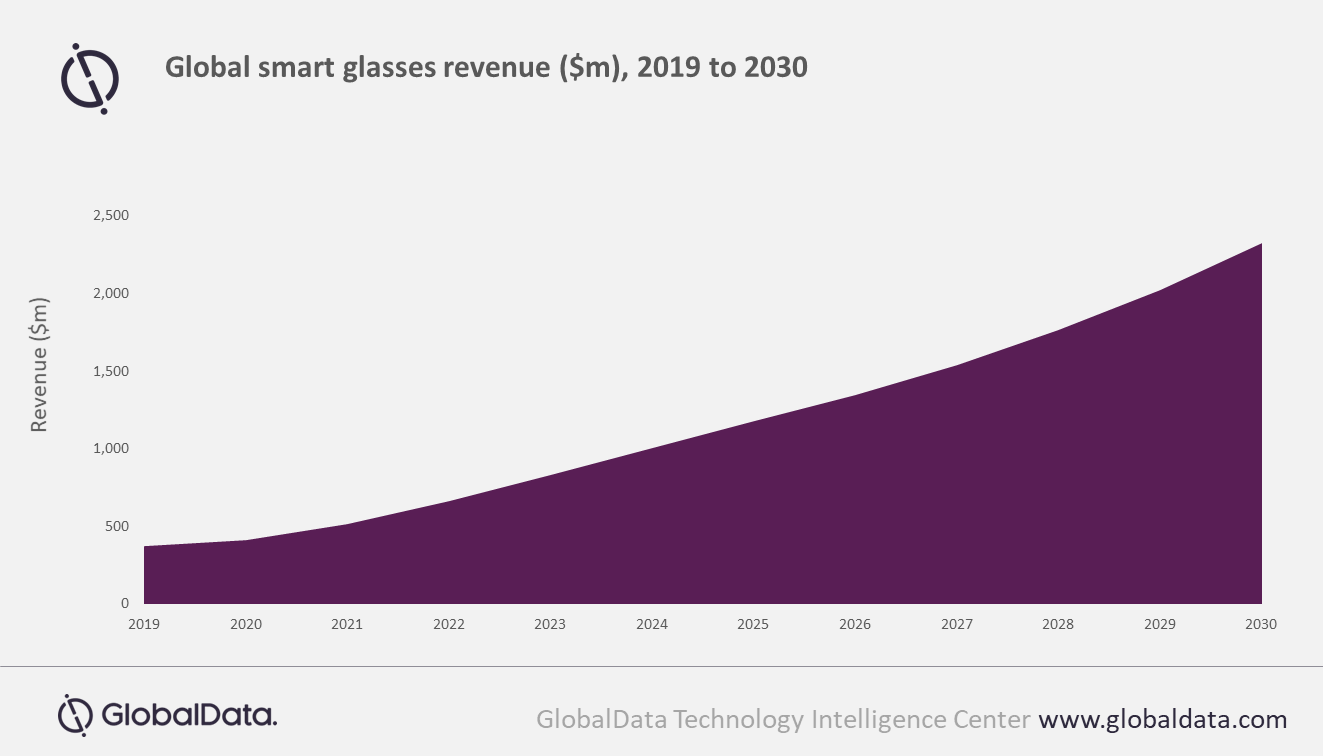 Rupantar Guha, associate project manager for Thematic Research at GlobalData, commented: “The public perception of smart glasses has struggled to recover from the high-profile failure of Google Glass in 2014. However, the recent launch of Amazon Echo Frames and Google’s purchase of smart glasses maker North in June 2020 suggests Big Tech still sees potential in the technology as a consumer product. Apple and Facebook are planning to launch consumer smart glasses over the next two years and will expect to succeed where their predecessors could not.”

“While competition is intensifying, consumer adoption of smart glasses remains limited. This is mainly because many prospective customers are unconvinced that the current generation of smart glasses offers anything which they cannot already get from their smartphones. Also, smart glasses are perceived by many as a threat to privacy. In 2020, the consumer spending on smart glasses is forecast to decline, due to the global recession caused by the pandemic.