‘Smart Homes’ has emerged as the most mentioned vulnerable Internet of Things (IoT) technology among the world’s leading cybersecurity influencers on Twitter during the first half (H1) of 2019, according to GlobalData, a leading data and analytics company.

GlobalData’s research reveals that the global IoT technology market is set to grow at a compound annual growth rate (CAGR) of 20% to reach US$318bn in 2023.

Prashant Saxena, Influencer Expert at GlobalData, says: “As the phenomenal growth of the adoption of Internet of Things (IoT) devices by both consumers and enterprises continue to increase, so too does the potential security threats.”

Against this back drop, an analysis of GlobalData’s Cybersecurity Influencer Platform, which tracks more than 300 global cybersecurity experts and their discussions pertaining to emerging trends, pain areas, new fields of innovation and other popular areas on Twitter, revealed ‘Smart Homes’ as most vulnerable technology under IoT during H1 of 2019 with 1,500+ Twitter mentions. 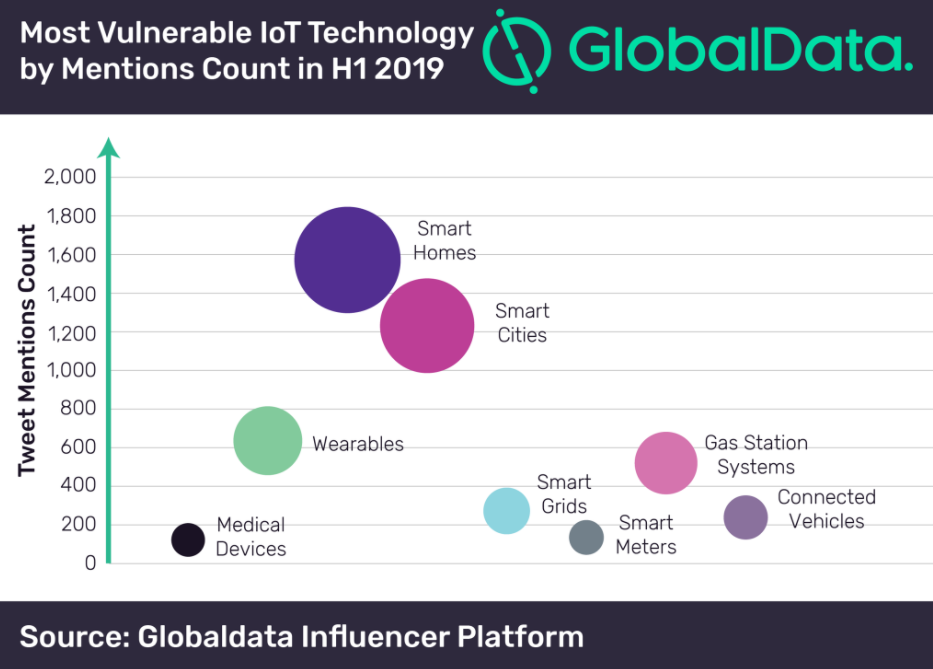 Among all the Smart Home discussions tracked by the Cybersecurity Influencer Platform, the number of mentions on Smart TVs was highest, followed by Security cameras and Kids toys.

Saxena concludes: “Security must be ingrained at the time of manufacturing of the IoT device before the hardware is imposed into the system. This may reduce the quantity of possible misses in security settings.”