The overall renewable power capacity, excluding hydropower, in Sweden is projected to more than double from 14.8 gigawatt (GW) in 2019 to 30.4 GW in 2030, according to GlobalData, a leading data and analytics company. 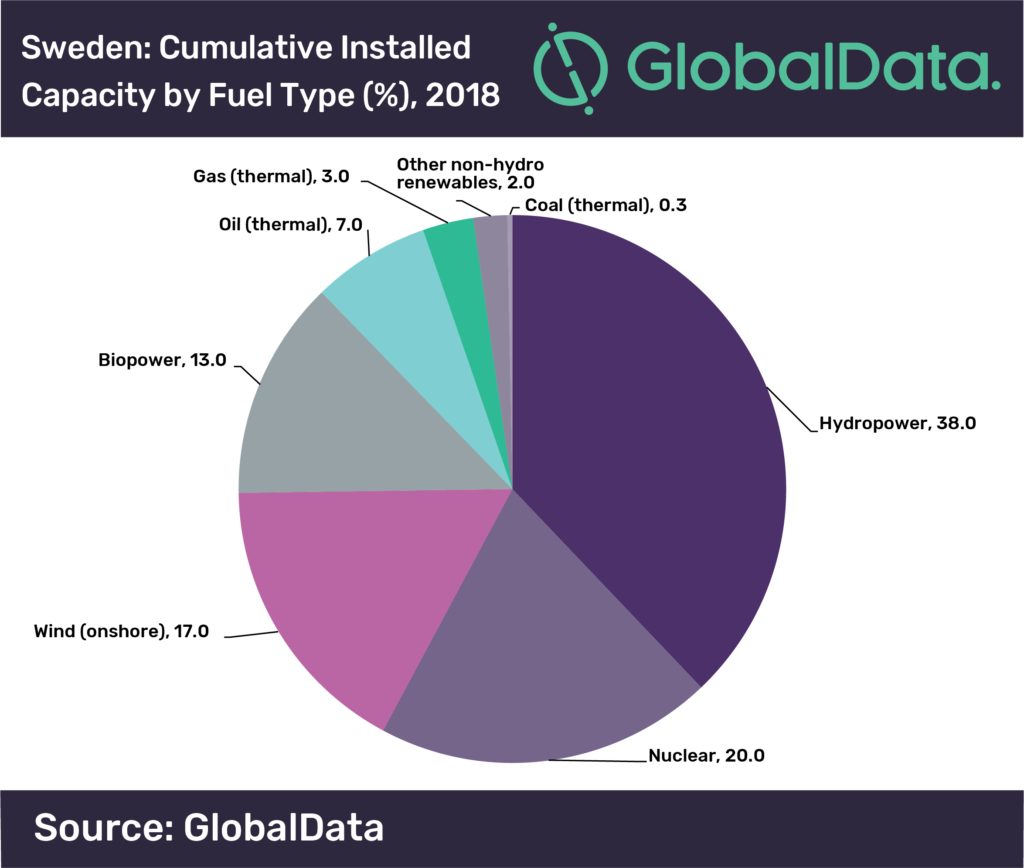 Arkapal Sil, Power Analyst at GlobalData, comments: “Government schemes and incentives such as subsidy for photovoltaic installations, 2018 Solar Rebate Scheme, cancellation of solar tax for commercial PV installations and the removal of building permits for solar systems are specifically aimed to boost the solar sector, which is slated to witness the maximum growth among renewables. In addition, the wind power segment has been identified by the government as a potential area of capacity expansion to achieve 100% renewable energy target by 2040.”

According to GlobalData, the offshore shore wind segment is slated to grow at 15% CAGR from 191 megawatt (MW) in 2019 to 873MW in 2030. The rapid increase reflects upon the great offshore wind potential owing to the country’s long coastline.

The main challenges for Sweden’s power sector are its over-dependence on hydropower coupled with aging transmission infrastructure. As of 2018, hydropower accounted for nearly 40% of both installed capacity and generation, subjecting the power supply to vulnerability of water shortages. In addition, modernization of aging grid infrastructure is the need of the hour to accommodate the vast renewable capacity to be added by 2030 and to cope with varying frequency of renewable energy generation.

Sil concludes: “Sweden is moving towards a balanced energy mix as it prepares to more than double its non-hydro renewable power capacity from 13.3GW in 2018 to 30.4GW in 2030. Hydro and nuclear power capacities are set to remain steady over the projected period and expected to tackle the base-load capacity. Following the closure of coal-based power plants in 2022, oil-based generation is expected to comprise the bulk of the thermal power fleet.”