Solar has become the world’s favorite new type of electricity generation, with more solar photovoltaic (PV) capacity being installed than any other generation technology according to GlobalData, a recognized leader in providing business information and analytics.

The company’s latest report update on the GlobalData Power Attractiveness Index (GPAI) confirms that worldwide, approximately 72 gigawatts (GW) of new solar PV capacity was installed in 2016. Wind energy was in second place with 53 GW, followed by coal with 52 GW, gas with 41 GW, and hydro with 31 GW.
The index ranks the major power markets across the globe and helps stakeholders to identify the countries which present the most opportunities in the short-term, based on their performance on macroeconomic and power business indicators. 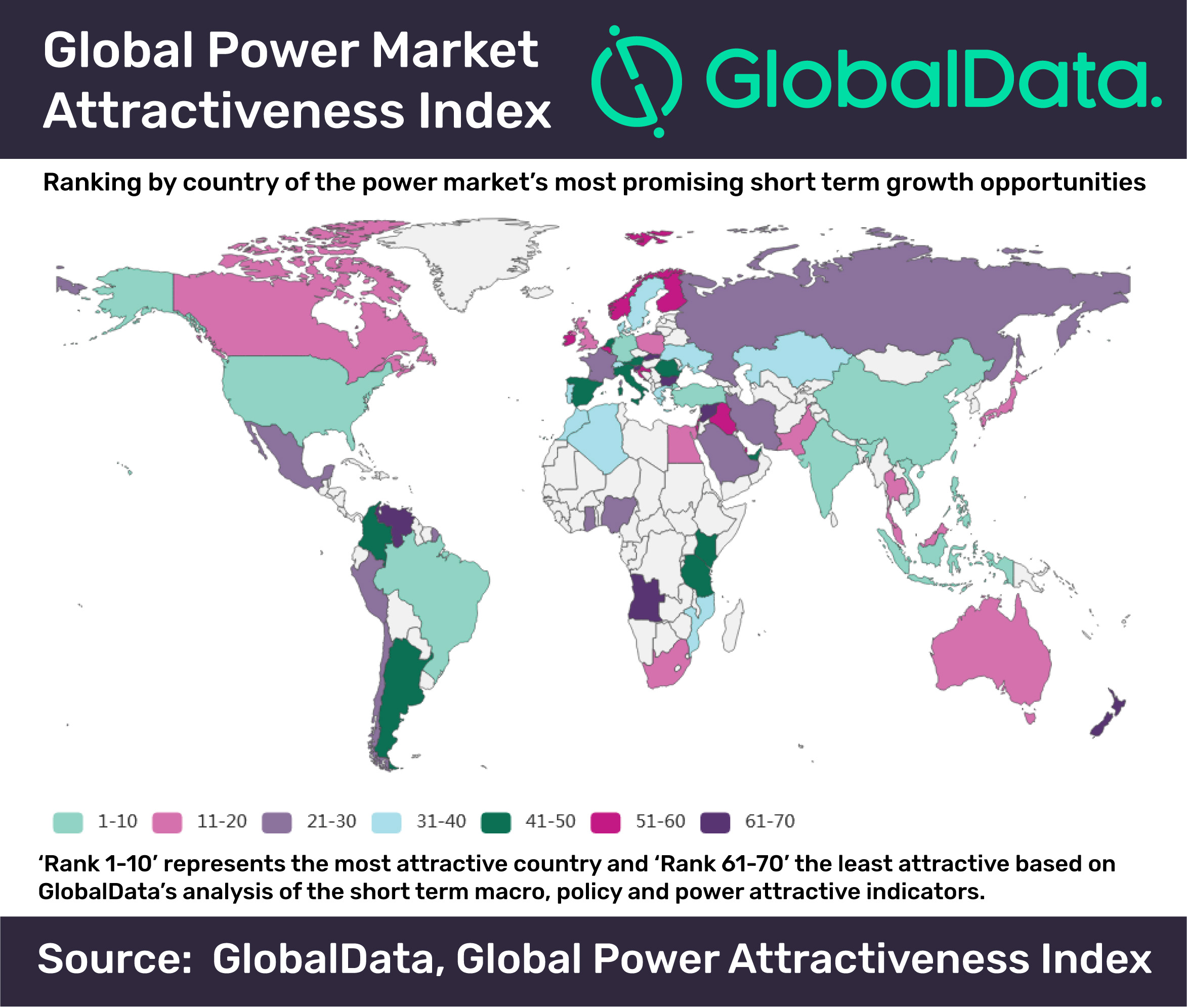 The index also provides a strong understanding of the indices which have been created by technology for all major power technologies, namely thermal, wind, solar PV, hydro, nuclear, and biopower, which are then combined to give the overall index for the country. The GPAI also states that China and India occupy the top two spots as the most lucrative power markets in the short term. These are followed by the US, Turkey, Germany, and Brazil. China rolled out its latest five-year energy development plan, detailing the country’s aim of investing about CNY2.5 trillion (more than $363 billion) through to 2020 in the development of renewable energy resources.

Ankit Mathur, Power Practice Head at GlobalData, commented: ‘‘If the planned energy development programme is followed, solar, hydro, and wind power would be the biggest benefactors. They would also support China’s recently announced ambition to stop the production and sales of traditional energy vehicles in the coming decades.’’

The US has lost ground in the index, due to a shift in energy policy under President Donald Trump. The Trump administration has issued orders to roll back many of the previous administration’s climate change policies, revive the US coal industry, and review the Clean Power Plan, which requires states to cut carbon emissions from power plants. Mathur, continued: ‘‘Along with the US, the UK’s market has also lost attractiveness post-Brexit with uncertainty over the impacts of the country’s decision to leave the European Union (EU). However a number of Southeast Asian markets show progress with high market attractiveness due to strong growth fundamentals and all-round capacity addition.’

Information based on the GlobalData Power Attractiveness Index (GDPAI)