Solar, renewable energy and clean energy emerged as the most mentioned trends among the power influencer discussions on Twitter during the third quarter (Q3) of 2020, according to GlobalData, a leading data and analytics company

The discussions related to solar were largely driven by the measures taken by countries like South Korea, Canada, Egypt and others to generate clean energy. While Canada transformed their largest cold plant into solar farm, Egypt built one of the world’s largest solar parks to provide clean energy to 320,000 homes.

Tesla has emerged as the most mentioned company among the power influencer discussions during the period, followed by Chevron and Xcel Energy.

Prashant Saxena, Influencer Expert at GlobalData, comments: “The discussions on Tesla were led by the fact that the company’s market value exceeded that of Exxon Mobil, the world’s leading energy company. The market value for Exxon fell after the worst crude-price crash in history.”

An analysis of GlobalData’s Power Influencer Platform, which tracks around 150 leading industry experts and their discussions pertaining to the emerging trends, pain areas, new fields of innovation and other popular areas on Twitter, revealed Arik Ring, an expert energy consultant in solar and clean technology, as the top influencer during Q3 2020. Majority of his updates were related to innovations and trends in power sector. 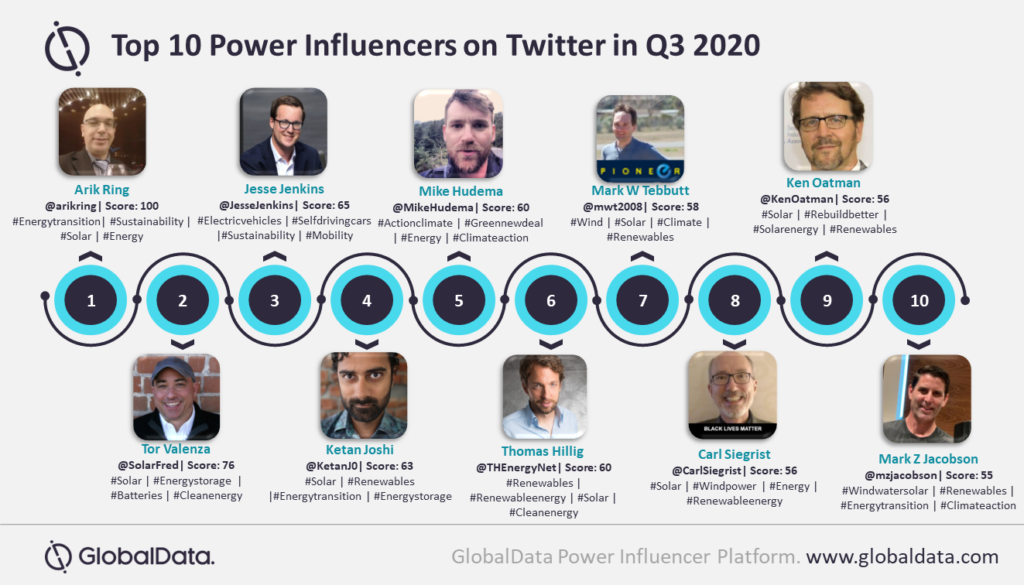