Wind energy led India’s renewable transformation for more than a decade. Solar PV, though a late starter, has now overtaken the wind installed capacity to emerge as the top clean energy producer in the country as of January 2021, according to GlobalData, a leading data and analytics company.

As per the Ministry of New and Renewable Energy, solar PV, including ground-mounted and rooftop, reached 38.8GW in January 2021 as against the 38.7GW wind. With the policy push ushering the growth impetus, solar PV is likely to maintain its lead and further grow to an estimated newly-built capacity of 107GW between 2021-2030 agaist the likely 64GW of wind.

Ankit Mathur, Practice Head of Power at GlobalData, comments: “With in a span of six years starting in 2011, solar PV could only reach 40% of the total wind installed capacity in 2016. However, its installation capacity reached on par with wind by the end of 2020 and then overtook by the end of Jan 2021.” 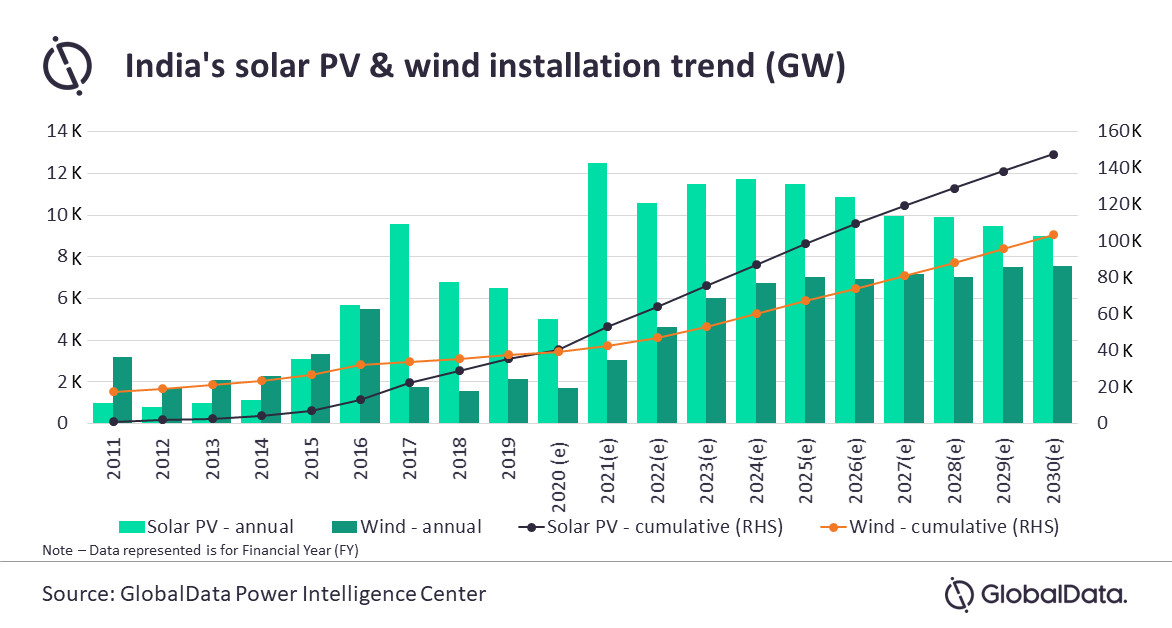 Some of the reasons for this exponential growth are the presence of abundant solar PV resources spread across the various states, declining equipment and development costs, smaller gestation period and a rigorous focussed push by the government.

The cost factor plays a key role in solar getting preference over wind. The drop in the levelized cost of electricity (LCOE) for RE technologies over the last decade has been significant in the country. The drop in the LCOE for wind has been around 65% compared to 85% drop in solar.

Mr Mathur concludes: “With the government planning to provide the domestic solar manufacturing a renewed thrust post-COVID-19, the solar PV sector is poised to reap benefits by attracting new investments, which will further strengthen the project development activities and consolidate the domestic manufacturing capabilities.”