Singapore is increasingly relying on solar photovoltaic (PV) deployment to achieve clean energy targets as the resource-constrained country has limited renewable energy options. As a result, the installation of rooftop PV systems on public housing has become one of the prominent drivers for the growth of solar PV in the country, says GlobalData, a leading data and analytics company.

GlobalData’s latest report, ‘Singapore Power Market Outlook to 2030, Update 2020 – Market Trends, Regulations, and Competitive Landscape’, reveals that solar PV capacity of Singapore, which  was negligible in 2015, increased to 0.4GW by 2020. The country has already started moving towards its next ambition of reaching at least 2GW of solar energy by 2030, which would be enough to power about 350,000 households. For future growth, the country is increasingly investing in floating solar energy R&D initiatives. 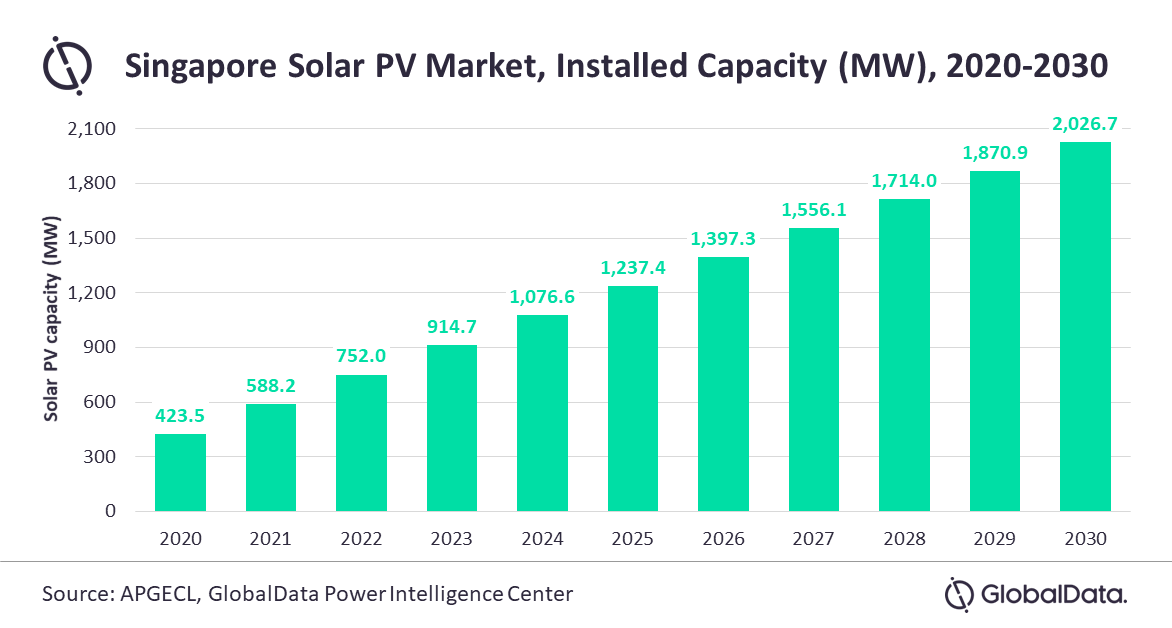 Aditya Sharma, Power Analyst at GlobalData, comments: “Singapore is expected to add 1.2GW of new power capacity during 2021–2030. Almost all this capacity is set to come from new solar PV installations allotted through its auction system, also known as SolarNova Program. During 2015-2020, a total of five phases were executed through which almost 296MW of capacity had been awarded.

“Under its latest Phase 5 auction held in 2020, 60MW of awarded capacity is expected to be installed. This also helps the government to move towards its plan of reducing emissions intensity by 36% from 2005 levels by 2030. With environmental constraints and lack of land creating hurdles for the development of wind power and hydropower, the country is betting big on solar PV installations.”