The aerospace, defense and security (ADS) sector M&A deal value in Q2 2022 recorded steady growth, with 76 deals accounting for a value of $1 billion, just a minor increase from the previous quarter.

The aerospace, defense and security sector M&A deals report provides a detailed analysis of M&A deals based on deal volume and value. This report analyzes the themes that have driven M&A activity in Q2 2022 in the ADS Sector. This report’s timeframe covers all deals announced between January 1, 2018, and June 30, 2022.

The top themes driving key global M&A deals in the ADS sector in Q2 2022 were space systems and advanced materials among others.

Space Systems: Space systems allow for more timely, accurate intelligence and communication which is the lifeblood of military operations. Space-based capabilities are increasingly essential, and companies and countries will be at a major disadvantage without them.

Advanced Materials: Advanced materials have the potential to change military missions’ operational capabilities by increasing both lethality and defense, but also efficiency in the manufacturing of military equipment. 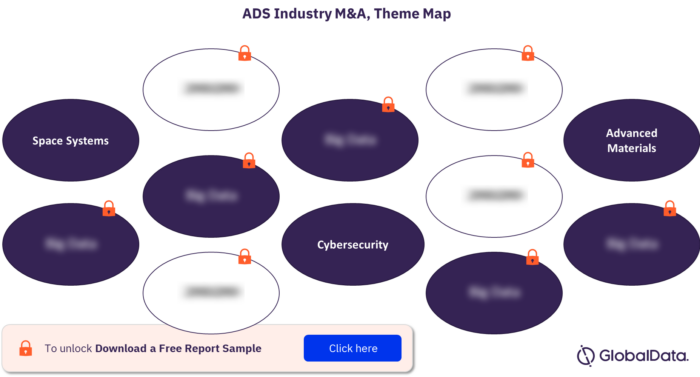 For more insights on this report, download a free report sample

The M&A deals in the ADS industry’s regional segments include North America, Europe, China, South & Central America, the Middle East & Africa, and the Asia-Pacific, excluding China. All regions except China reported a QoQ decrease in deal value in Q2 2022.

The M&A deals in the ADS industry are further segregated into sub-sectors, which include aerospace, C4ISR & electronic warfare, simulation & training, infrastructure, logistics & support, weaponry, maritime, unmanned, homeland security, soldier systems and land. Aerospace recorded the highest M&A deal value in H1 2022. In terms of deal volume, the aerospace sub-sector recorded the highest in the ADS sector in the first half of 2022.

The top themes of the ADS industry M&A Deals in Q2 2022 were space systems and advanced materials among others.

The sectors in the ADS industry M&A deals are public & private and domestic & cross-border based on sectors.

Add to Basket
Enquire Before Buying