Of the identified expansion projects, Troll Phase 3 will cost the lowest on a capital expenditure (capex) per barrel of oil equivalent (boe) basis. It will target an additional 2.2 billion boe, as well as extend field life by 17 years with a project breakeven price of below US$10 per barrel. 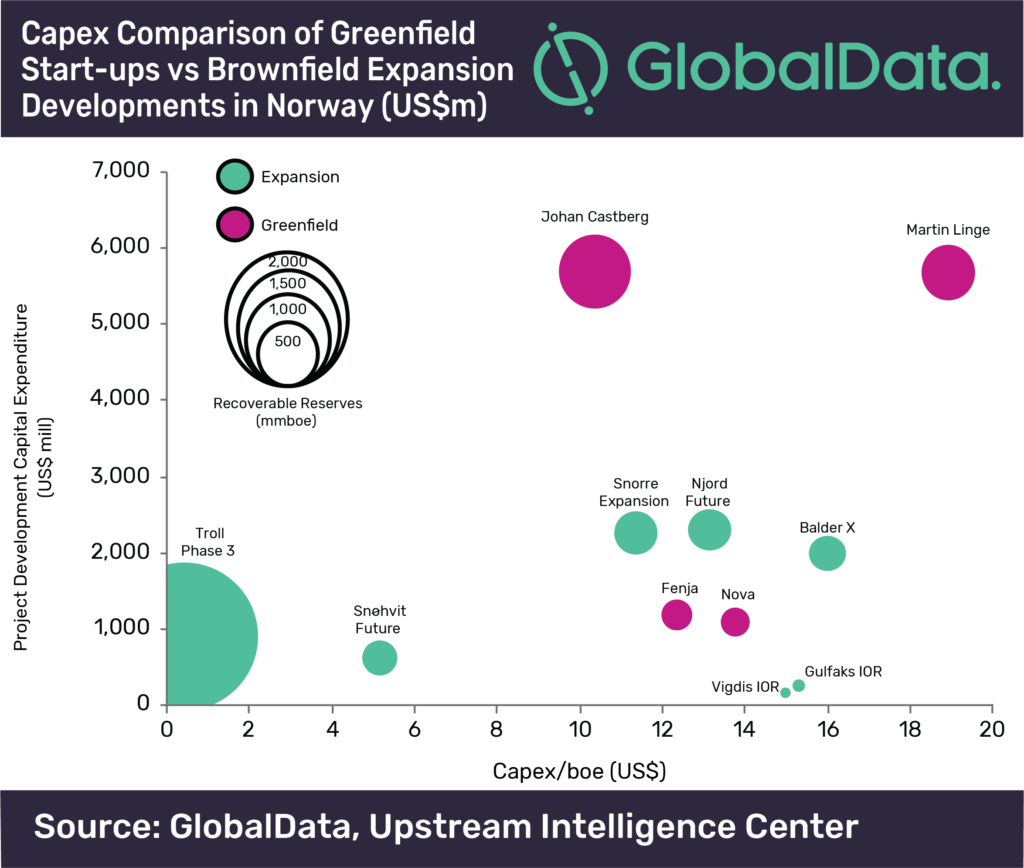 GlobalData’s latest research reveals that Norway has the highest number of expansion projects under construction globally, with efforts expected to exceed US$10bn in total capex. National oil companies Petoro and Equinor are set to spend the bulk of upcoming expansion capex, while Wintershall DEA and Var Energi also have significant exposure.

The average oil recovery of producing fields in Norway currently sits around 45%, with almost 70% for gas fields. These recoveries have been the outcome of advancements in recovery technology coupled with significant investment and government-led initiatives.

Rogers continued: “Norwegian giant Equinor has a strong track record of maximising recovery from major fields in its home country. The company has been able to achieve greater than 50% recovery factors from large fields, including Statfjord and Gullfaks, through enhanced and improved recovery mechanisms. Utilizing innovative technologies, improved production efficiencies, and enhanced recovery practices have been key to Equinor’s success in maximising value from Norwegian fields.”

Since 2010, nine enhanced oil recovery (EOR) projects commenced operations off the Norwegian continental shelf, compared to just two in the UK during the same period. Less than 10% of fields currently producing in Norway are applying EOR techniques, signifying substantial upside for application across additional fields in an effort to boost remaining value and volumes in the country.