Syphilis will remain a global burden in the next decade with an estimated 1.2m incident cases by 2027

17 Sep 2018
Syphilis will remain a global burden in the next decade with an estimated 1.2m incident cases by 2027 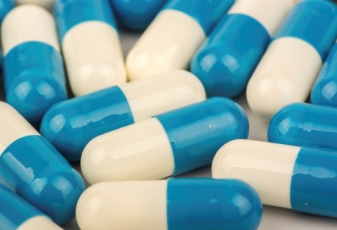 Syphilis continues to be a global disease burden with a high and growing number of new cases each year with an estimated 1.2m incident cases forecast by 2027 in the 16 major markets (16MM*), according to GlobalData, a leading data and analytics company.

Epidemiologists at GlobalData estimate that the number of incident cases of syphilis will increase in the next decade for the total of all countries in the 16MM* at an annual Growth Rate (AGR) of 2.32% from 2017 to 2027.

IMAGE FOR PUBLICATION: Please Click Here: ‘Incident Cases of Syphilis for All Countries in the 16MM, Both Sexes, All Ages, N, 2017-2027’

This sexually transmitted infection (STI) is caused by bacteria and can lead to death if left untreated. Vertical transmission of the disease from a mother to an unborn baby can cause a miscarriage, still birth, prematurity, low birth weight, or death shortly after birth.

Nanthida Nanthavong, Healthcare Analyst at GlobalData, comments: “Although syphilis is a curable disease, the incidence rate of syphilis has been on a steady rise over the last decade for almost all of the 16MM, especially in Japan, where the incidence rate more than doubled from 2007 to 2017.

Nanthavong continued, ‘‘The causes behind the spread of syphilis and other STIs may be linked to changes in sexual behavior; for example, dating apps are thought a factor in the increase of STIs.”

In the US, the opioid crisis is linked to the increases in sexually transmitted infections and a factor to the increasing number of cases of congenital syphilis when women trade sex for drugs.

To keep up with surge in the number of cases of STIs, internet-accessed STI testing (e-STI) has become increasingly available and offers an alternative to in-person clinic testing. Online STD quizzes and risk assessments are available for free. Solutions to the rising rates of syphilis and other STIs include increasing testing and treatment services, increasing funding and resources, and strengthening surveillance systems.

Nanthavong adds, “Finding effective approaches to educating people about STIs and safe sex is one of the most important preventative strategies that can be taken to stop the rise of STIs.”