Tencent retains its lead in the gaming sector despite regulatory challenges, says GlobalData

Emilio Campa, Analyst in the Thematic Team at GlobalData, a leading data and analytics company, offers his view:

“No matter what Chinese regulators throw at the games industry, Tencent’s continued growth demonstrates its market domination. Tencent tops GlobalData’s gaming thematic scorecard, in which 43 companies are scored against the ten biggest ‘themes’ impacting the sector. The company scored five out of five in half of these, including ‘mobile gaming’, ‘China impact’, ‘ecommerce’, ‘esports’, and ‘game development’.

“The company did score poorly in the ‘regulation’ theme – restricted game time for minors has sourly hit Tencent’s domestic games revenues – but the popularity of its games among adults saved the day, fueling a 5% year-on-year revenue growth in Q3 2021. Consistent focus on the themes in which it is strongest will allow Tencent to offset the impact of regulation on its revenues and maintain its edge over competitors such as Microsoft, Perfect World and Electronic Arts who do not perform as consistently high in these areas.” 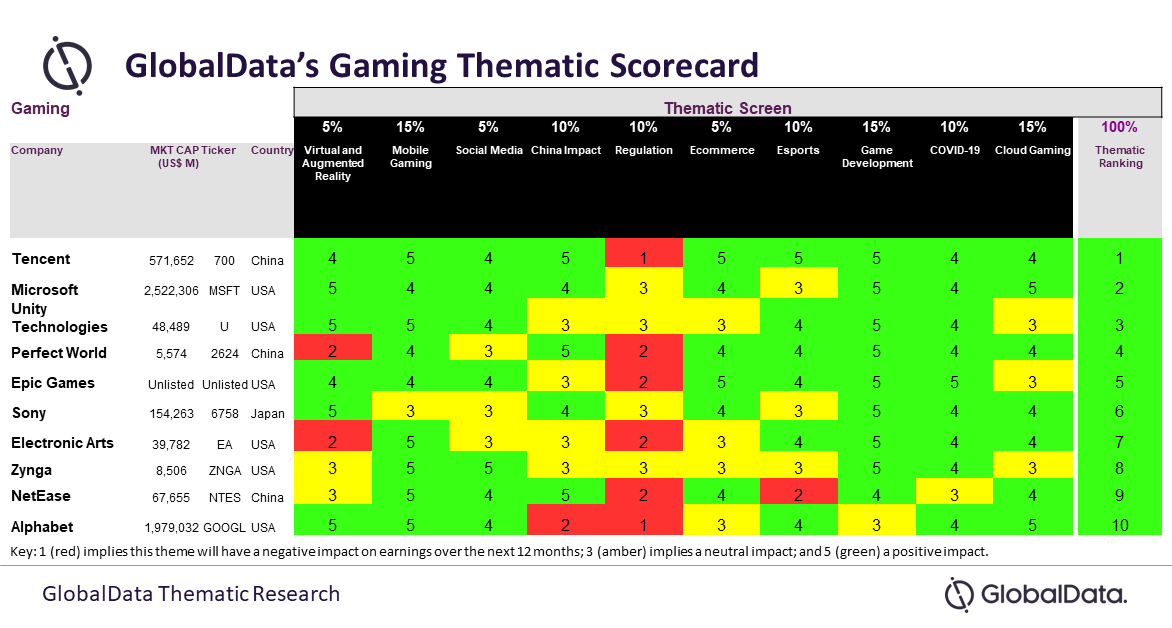 “Tencent’s gaming revenue growth in Q3 2021 is, in part, attributable to the persistent boom in gaming driven by COVID-19. Titles such as Honor of Kings, Valorant and Clash of Clans will ensure continued growth for Tencent in the next quarter. That said, the ongoing game license freeze in China and the gradually subsiding impact of the pandemic will dent its momentum. Therefore, it must emphasize overseas markets and develop games for the international audience to maintain its growth rate.”