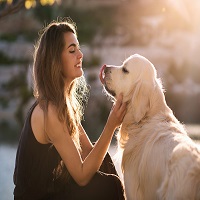 The UK pet insurance market has continued to see significant growth, with gross written premiums (GWP) increasing by 7.1% to £1,045m in 2016, according to GlobalData, a recognized leader in providing business information and analytics.

This has resulted in claims incurred figures outgrowing GWP, with a 7.4% increase in 2016. Product penetration has also risen, but at a considerably slower rate than GWP or claims incurred, with the number of subscribers increasing by just 2.0%, to reach 3.4 million in 2016.

The pet insurance market continued on an upward trend with regards to market size in 2016. Strong growth in GWP was seen yet again, but the market remains blighted by significant increases in the number of reported claims, which grew to record levels. The ongoing growth in GWP has been driven by the response to a tough claims environment with rising prices, as insurers look to improve returns and generate better business.

Ben Carey-Evans, General Insurance Analyst at GlobalData, commented: ‘The greatest issue facing this market is that insurers cannot continue raising premiums by almost 10% every year without driving customers away. Solutions are needed, and for the short to medium term the response looks to be utilization of co-insurance.’

For some brands, comparison sites are now the main distribution channel for pet products. A side effect of aggregators’ growing influence has been increased education, with consumers becoming more aware of the differences in policies as benefits are listed. However, less positive is the risk of reduced customer satisfaction, as there are often additional costs hidden in the small print that are incurred later on, perhaps not flagged as clearly as in other channels.

Carey-Evans continued: ‘Lifelong policies are becoming increasingly dominant in the market, especially in policies sold through online aggregators. An industry source has claimed that the number of customers opting for lifelong policies through aggregators at their company has increased from between 15% and 20% in 2012 to around 50% in 2017.’

One emerging trend is the insurtech wave gradually reaching the pet market. The pet sector has been one of the slower lines to embrace change, with fewer apps and slower uptake of online aggregators, but the last 12 months or so have seen more technology emerge in the sector. One example is PitPat, a Fitbit equivalent for animals that can be used for both finding pets and tracking exercise and calories burned. The step tracker could lead to reduced premiums in the same way Fitbit has for health insurance.

Cary-Evans added: ‘Owners proving their pets are keeping healthy could help bring down costs in the long run, but one source described the concept as a “gimmick.” Another source suggested that tech is not yet being done particularly well and that, in a traditionally slow-moving sector, any substantial market shift remains a way off. However, market leader RSA saw enough potential to invest in the start-up in January 2017, making PitPat its first external investment in a technology company.’