Therapeutic application of mAbs will increase in near future, says GlobalData

05 Mar 2018
Therapeutic application of mAbs will increase in near future, says GlobalData

Ever since the first commercial monoclonal antibodies (mAbs) was approved in 1986 for human therapeutic purposes, mAbs have been increasingly used in several areas of healthcare. According to GlobalData, a leading data and analytics company, the total number of clinical trials involving mAbs witnessed a robust 115% growth between 2007 and 2016.

The company’s Clinical Trials Database provides a review of company-sponsored, interventional, observational, and expanded-access clinical trials of Monoclonal Antibodies (mAbs) across the globe for the past 10 years from 2007 to 2016.

Marco Borria, PhD, senior clinical trials analyst at GlobalData said, “Even though phase II trials outnumbered all other trials, phase I studies have grown faster than all other phases during the review period.”

During the review period, 57% of trials were completed, out of which 76% reported results. Among these, 79% achieved their primary endpoints.

Out of all the trials initiated, Roche has emerged as the lead sponsor, with the company’s bevacizumab as the most investigated drug. The other top industry sponsors were Novartis, Eli Lilly, Amgen, AbbVie, Pfizer, Bristol-Myers Squibb, Genentech, J&J, and GSK.

Oncology was the top therapy area in terms of number of clinical trials, followed by immunology, central nervous system, musculoskeletal disorders, and gastrointestinal. The most common indication under investigation in these trials was rheumatoid arthritis, followed by solid tumors and non-small cell lung cancer.

There is a near-even split between multinational and single-country trials across the period. However, in the last three years multinational trials outnumbered the trials conducted in a single country.

In terms of clinical trials by geographies, Europe accounted for almost 50% trials, followed by North America, Asia-Pacific, South and Central America and the Middle East and Africa. 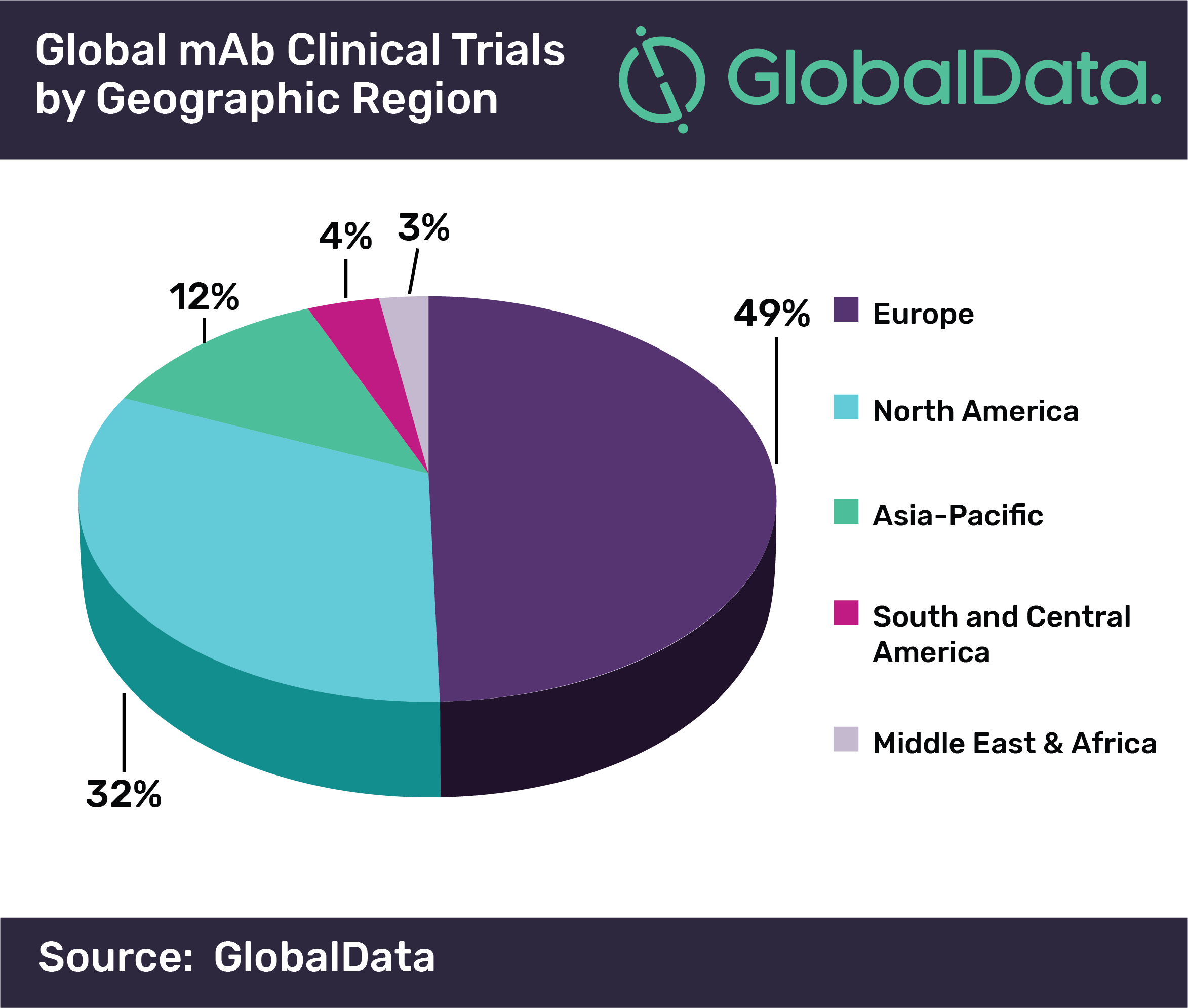 “As phase I studies have proliferated more than other phases, the number of new interventions appear to be on the rise across a wider range of therapy areas and indications”, concluded Dr. Borria.