GlobalData’s report, ‘Thailand Power Market Outlook to 2030, Update 2021 – Market Trends, Regulations, and Competitive Landscape’, reveals that within the thermal power sources, gas is the dominant technology for power generation. The country generated around 61.5% of its annual power through gas-fired plants in 2020. The country is heavily dependent on natural gas imports from Myanmar and Malaysia. 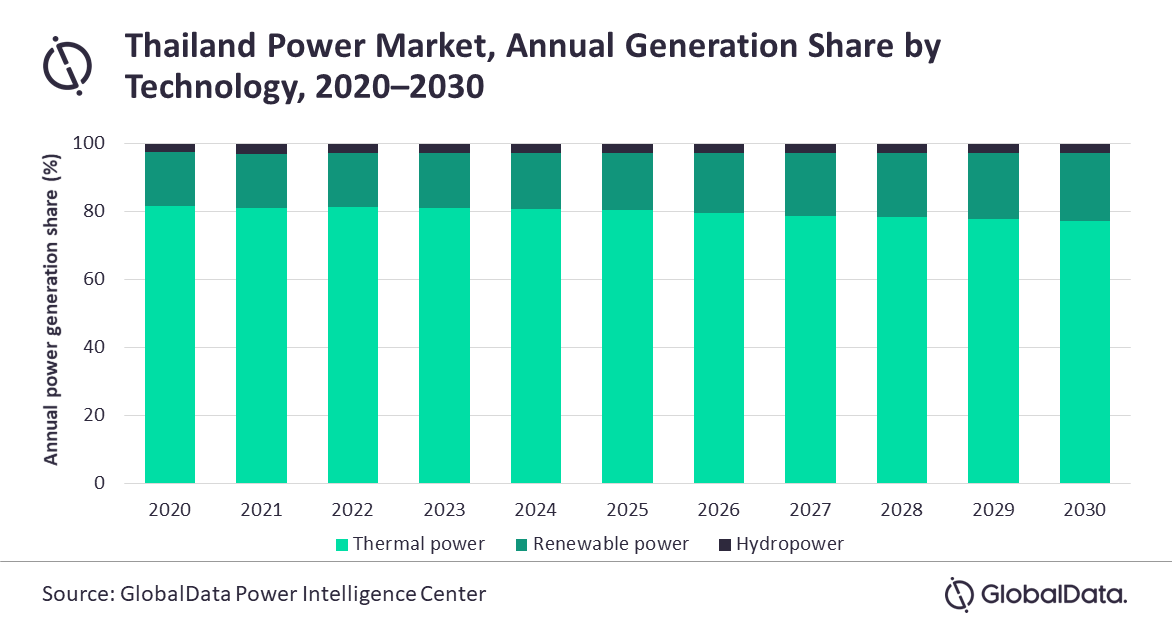 Rohit Ravetkar, Power Analyst at GlobalData, says: “During 2021-2030, renewables are expected to witness slow growth in Thailand. From 15.8% share in total generation in 2020, power generation from renewable sources will contribute a share of only 20.0% in 2030. The country does not have nuclear power and the government is not keen on expanding the hydropower capacity as the country frequently faces severe droughts. The electricity demand in Thailand is expected to grow from 180.1 TWh in 2020 to 224.3 TWh in 2030. With increase in power demand and slow growth of renewable technology, the country will have to significantly depend on thermal sources for power generation.”

The government has announced a new regulation to drive the growth of gas-fired plants. It has announced the new Power Development Plan (PDP), under which the country is targeting 53% of its total capacity to be gas-based by 2037.

Mr. Ravetkar concludes: “However, with rapidly depleting gas reserves and high dependence on gas imports, the government was putting up efforts to replace gas-based thermal power with coal-based thermal power. This led to environmental protests against the development of coal-fired power plants in the country. As a result, the Electricity Generating Authority of Thailand (EGAT) cancelled its two proposed coal-fired power plants and plans to replace them with gas-fired plants.

“In addition, several international companies such as Mitsui and Korea Western Power Co Ltd are building gas-fired plants in Thailand which will further drive the growth of gas-based power plant capacity in the country.”