18 May 2021
Thermal power to dominate Indonesia energy mix over next decade, reveals GlobalData

Major global economies are moving away from coal to curb carbon emissions. This has landed Indonesia in a tight spot as thermal power capacity is expected to maintain its dominance in the country during 2021-2030, according to GlobalData, a leading data and analytics company.

GlobalData’s latest report, ‘Indonesia Power Market Outlook to 2030, Update 2021 – Market Trends, Regulations, and Competitive Landscape’, reveals that the thermal power capacity in Indonesia is expected to increase from 59.38 GW (85.6% share in total power capacity in 2020) to 92.53 GW in 2030. During 2021-2030, thermal power generation will be dominated by coal-based electricity generation.

Pavan Vyakaranam, Practice Head at GlobalData, comments: “In the last two years, Indonesia announced plans to transition away from coal power. The energy ministry even announced that they are considering shutting down aging coal power plants to replace with renewable power plants. However, with no nuclear power capacity and minimal hydropower capacity, a rapid transitioning from dominant thermal power to renewable power threatens the energy security of the country.” 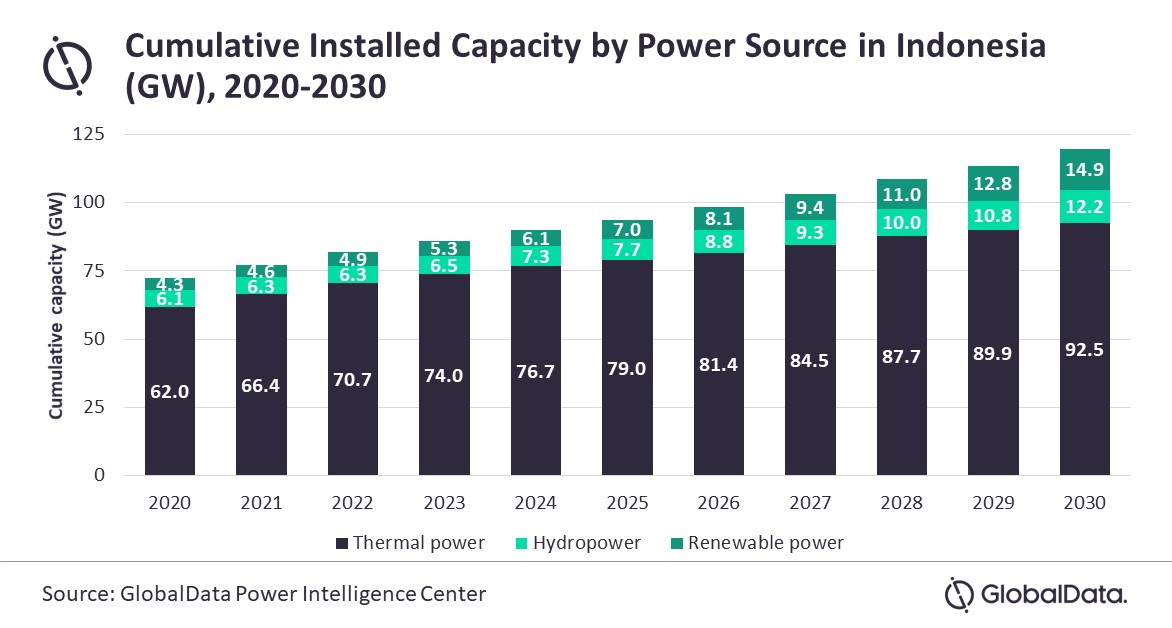 Mr Vyakaranam concludes: “Indonesia has a significant potential for renewable power development. However, compared to other Asia-Pacific (APAC) countries Indonesia lags in renewable energy development. One of the prominent factors is the absence of decisive renewable energy policy and over-regulation with respect to foreign investment.”