The Tokyo 2020 Olympics will do little in boosting the country’s economic growth as the organising committee has banned foreign fans and volunteers. Since February 2021, the uncertainty hovering over the Olympics navigated to the clarity for hosting the games, which boosted the confidence of the organisers and related services industries to reap some benefit from the games. However, the frequent lockdowns since January 2021 derailed the economic activity and resulted in the loss of business revenue. Against this backdrop, the games will not compensate the loss from the frequent restrictions in Japanese cities, says GlobalData, a leading data and analytics company.

GlobalData has revised down the 2021 real GDP growth forecast of the host city Tokyo along with other major cities Osaka, Nagoya, Fukuoka by around 0.10 percentage points in June 2021 compared to January 2021. 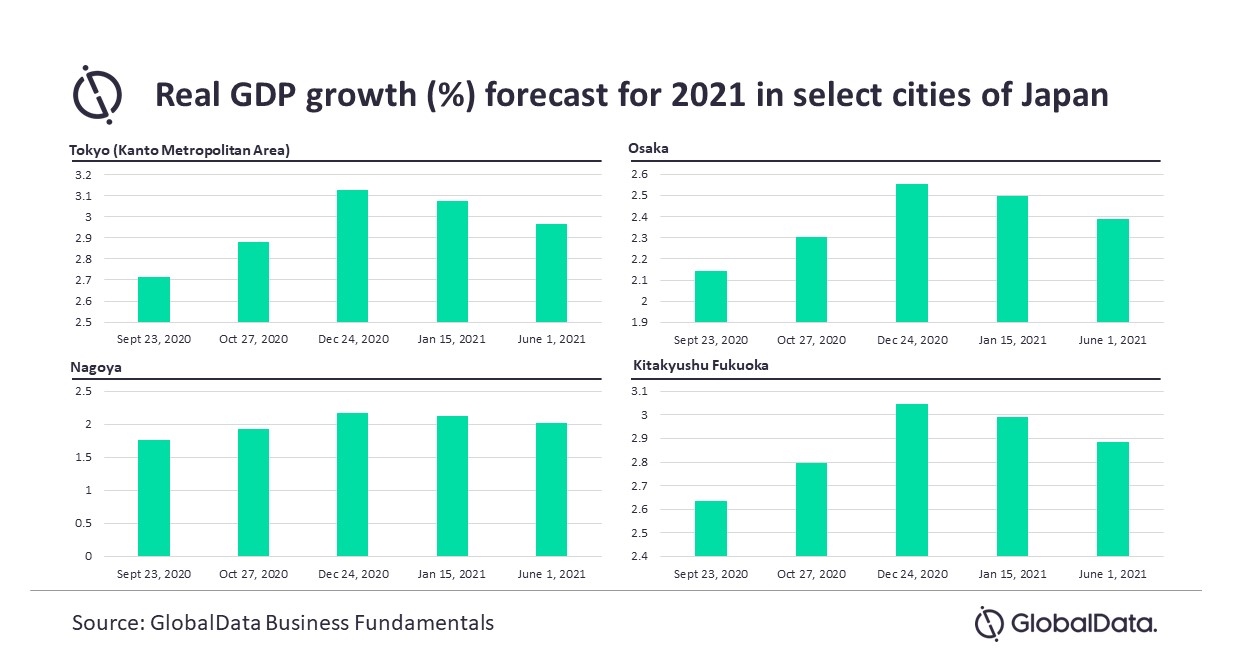 Aditi Dutta Chowdhury, Economic Analyst at GlobalData, comments: “Major sports events like the Olympic and Paralympic Games attract infrastructural investment, which peaks up two-three years prior to the event. In the case of Tokyo Olympics, construction sector activities had strong performance during 2018-19. During the sports event, economic gain stems from the consumption of the visiting athletes, foreign guests visiting the host cities and surrounding and domestic game audience.”

On the back of elevated health risk, majority residents are against hosting the Olympics. This can also undermine the turnout of the domestic spectators for the games even if they are allowed. Vaccination in Japan is approximately 5% that stands very low considering the country will host major international sports event. Pre-Olympic training sessions of some teams of the US and Australia scheduled in Japan, are already cancelled over virus concerns. These reflect the resulting gain from hosting the games is likely to be small.

Ms. Chowdhury concludes: “There is a heightened concern of potential rise in infection cases during the event that can further put the economy at risk. However, advanced country like Japan can mitigate the risk using high-end technology to track the movement of foreign nationals. The Olympics may not bring substantial financial yield but by hosting the games successfully, Japan can pioneer how to host such a major international event in one of the most unprecedented times.”