Total prevalent cases of overactive bladder to reach 401.6 million by 2030 in the 8MM, says GlobalData

The total prevalent cases of overactive bladder (OAB) in the eight major markets (*8MM) are projected to increase from 363.3 million cases in 2020 to 401.6 million cases in 2030, equating to an annual growth rate (AGR) of 1.06%, according to GlobalData, a leading data and analytics company. 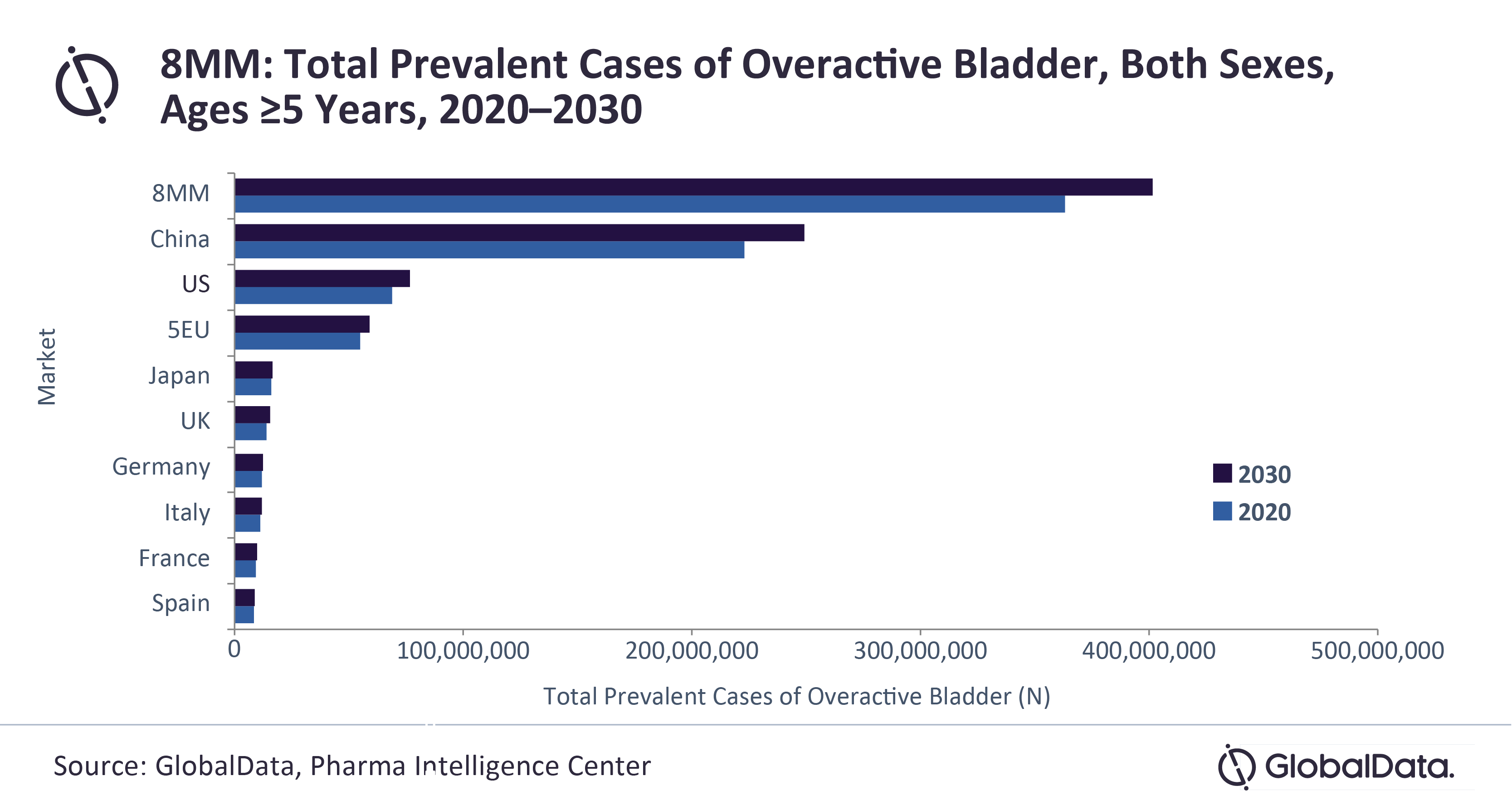 Antara Bhattacharya, MPH, Senior Epidemiologist at GlobalData, comments: “The disability associated with OAB primarily in older adults compromises the quality of life of affected individuals and significantly increases the economic burden. However, the disease is often underreported by patients, and poorly recognized in primary care as well as by specialists in integrated health systems.

“With a combined approach of behavioral modifications and medications, overall prognosis for OAB is generally good, and the quality of life of those affected by OAB can substantially improve. Also, epidemiological studies that aim to determine the temporal trends for OAB across different populations are required for better understanding of the etiology of OAB and providing further insight into disease prevention.”