A steadily expanding economy and growing urbanization has led to rapid domestic energy consumption and made China increasingly dependent on foreign oil and gas. To improve domestic energy security, the country unveiled further reforms in 2018, which have prompted interest from international investors. However, translating this into tangible production increases will be the next challenge, says GlobalData, a leading data and analytics company.

In particular, the government has directed Chinese state-owned companies to increase domestic production and reserves. In response, China National Petroleum Corporation (CNPC) announced that it would increase domestic exploration and development investment this year by 25% and that it will offer 13 blocks for joint exploration.

Nicole Zhou, Oil & Gas Analyst at GlobalData, says: “As the government has pushed companies to improve domestic production rates to meet the rising demand, gas production in China has increased over the past few years, although oil output has remained relatively flat. However, further investment is required to maintain this push, with GlobalData forecasting gas production to plateau after 2020 and oil production to decline under current investment scenarios.” 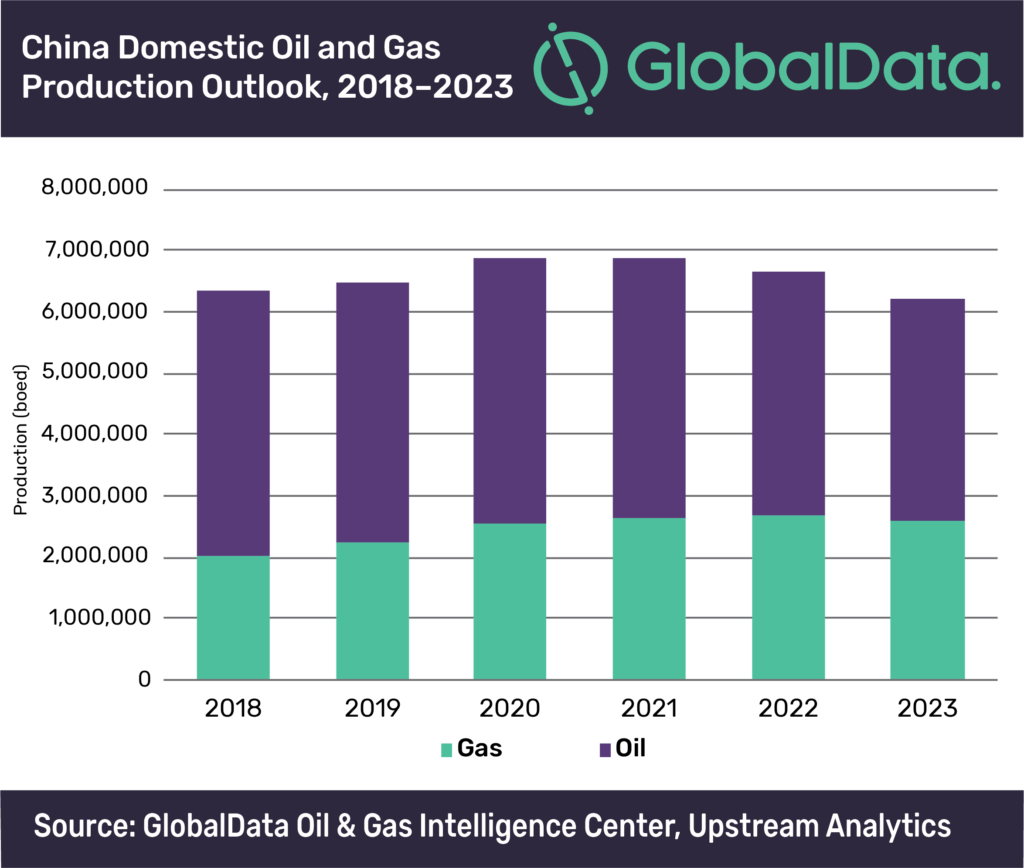 Zhou adds: “The directives from the government and early efforts from the state-owned companies are positive signs for international investors in the Chinese upstream sector. However, the joint development opportunities are still in the early stages, as so far only limited details have been released regarding the opportunities on offer and no investment has been committed.”

The agreements aim to reverse a recent decline in joint development projects. Joint developments accounted for 41% of production starting between 2010 and 2015, declining to 26% during the period from 2015 to 2019. External funding and advanced technology are expected to benefit the development of China’s upstream exploration and production sector.

Zhou concludes: “As a result of these new oil and gas upstream joint development initiatives, opportunities for private and international companies are emerging. However, if political tensions with the US continue, Chinese state-owned companies may focus on conventional developments or seek other non-US partners to share the risks of unconventional projects.’’