The chip shortage problem is impacting several businesses in one form or another, where automotive industry has been a squeaky wheel as it has been compelling global auto manufacturers either to cut or stop production, amid concerns that the shortage will continue. Against this backdrop, discussions among Twitter influencers and Redditors related to chip shortage were seen to start swelling in since the beginning of 2021, according to GlobalData, a leading data and analytics company. 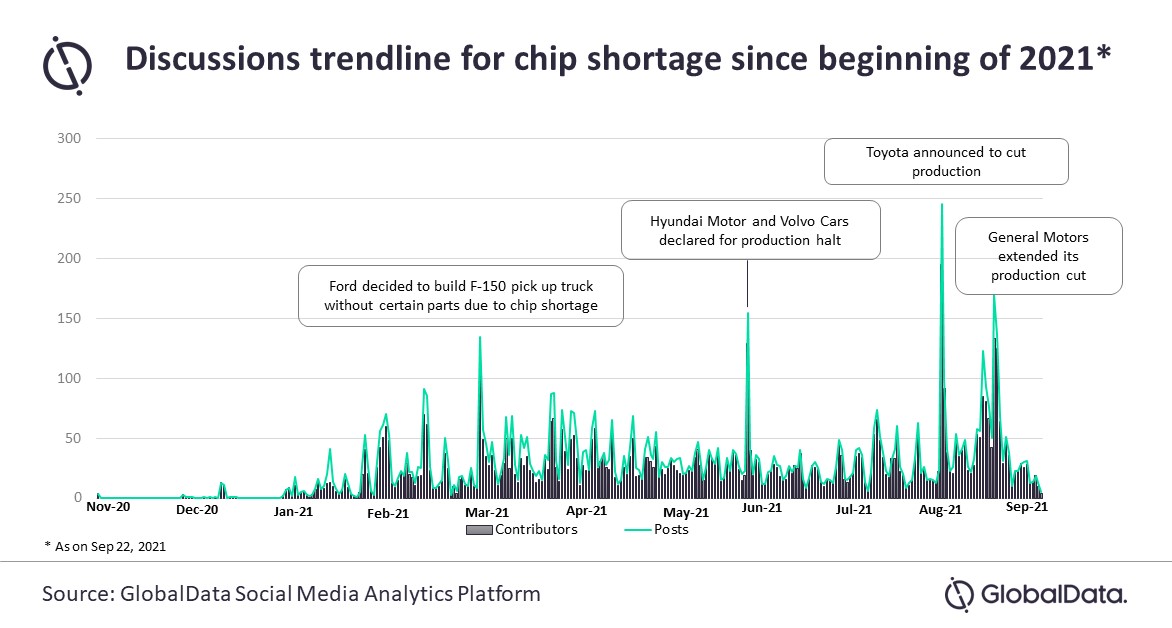 The extension of GM’s production halt announcement due to the continuous chip shortage was a major conversation driver on social media in September. To tackle the ongoing issue of chip shortage, a few auto manufacturers have adjusted their technology. For instance, Hyundai Motor announced plan to make its own semiconductor chip, which also added fuel to discussions around chip-shortage in September.

Smitarani Tripathy, Influencer Analyst at GlobalData, comments: “‘Supply Chain’, ‘Pandemic’, ‘Used Car Market’, ‘Inventory’ were some of the top mentioned keywords that emerged among social media discussions on chip-shortage. In addition, ‘EV’ also emerged as another top mentioned trend among influencer conversations as they expect EV market to surge if the scarcity continues for semiconductor chips, and the availability of new cars is limited in market.” 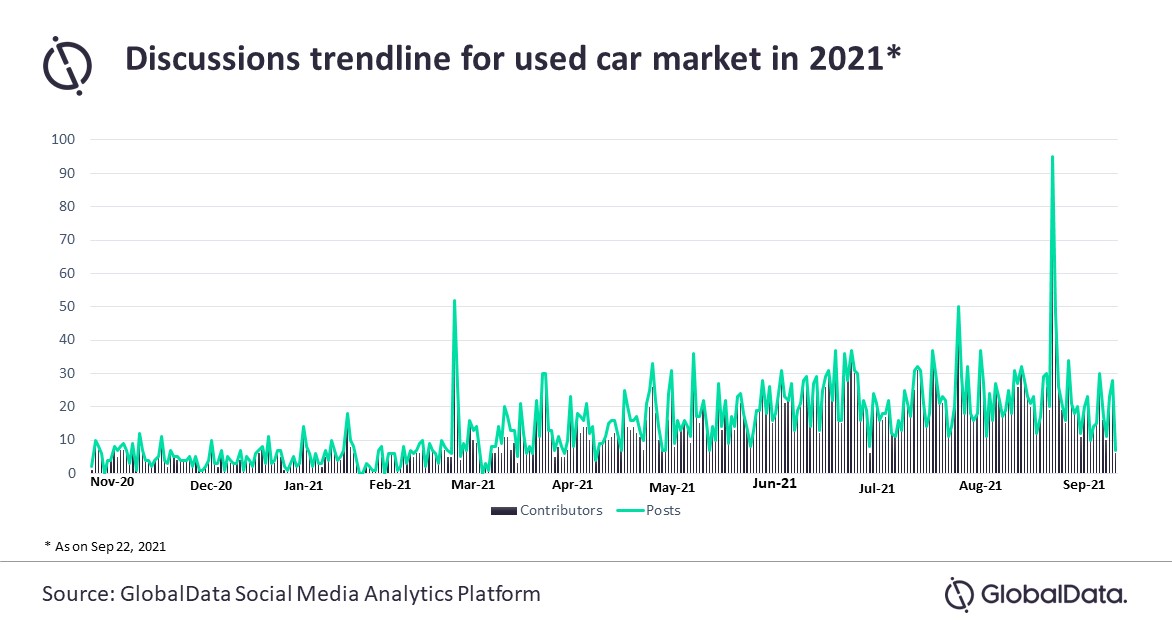 The chip shortage issue has created havoc on new vehicles with rising cost and delay in delivery at dealers point, which led to a rise in demand for used cars from new-vehicle buyers. This led to a simultaneous rise in conversations related to used car market, which also started rising since Q1 2021.

Redditors were more active on GlobalData’s SMA, where the major discussions were around different car models to be bought or sold, and how to get the best deal in overpriced used car market. Some of the popular car models mentioned among conversations on used car market were Toyota RAV4, Peugeot 5008, Ford Fiesta, Honda Accord EXL, Audi A3, BMW 5 Series, Skoda Octavia and VW Golf.

Ms Tripathy concludes: “The discussions around used car market surged by 15% during July-September (Q3 2021), over the previous quarter, majorly led by discussions related to soaring used car prices. The influencers opine that used car market could continue to rise as demand is expected to grow further due to supply constraints of new cars led by chip shortage issue.”