Type II spinal muscular atrophy totaled 10,574 cases in 2018, the highest among all the subtypes

More than one third of type II SMA cases, which was around 4,136 cases, were contributed by the US followed by Japan. Type IV SMA had the least amount of cases among the subtypes which was only one tenth of all diagnosed prevalent cases of SMA.

The company’s latest report: ‘Spinal Muscular Atrophy: Epidemiology Forecast to 2028’ reveals that the increased burden of type II SMA cases is partly attributable to the high mortality of type I SMA combined with the increased frequency of the specific type II SMA phenotype due to gene mutations. 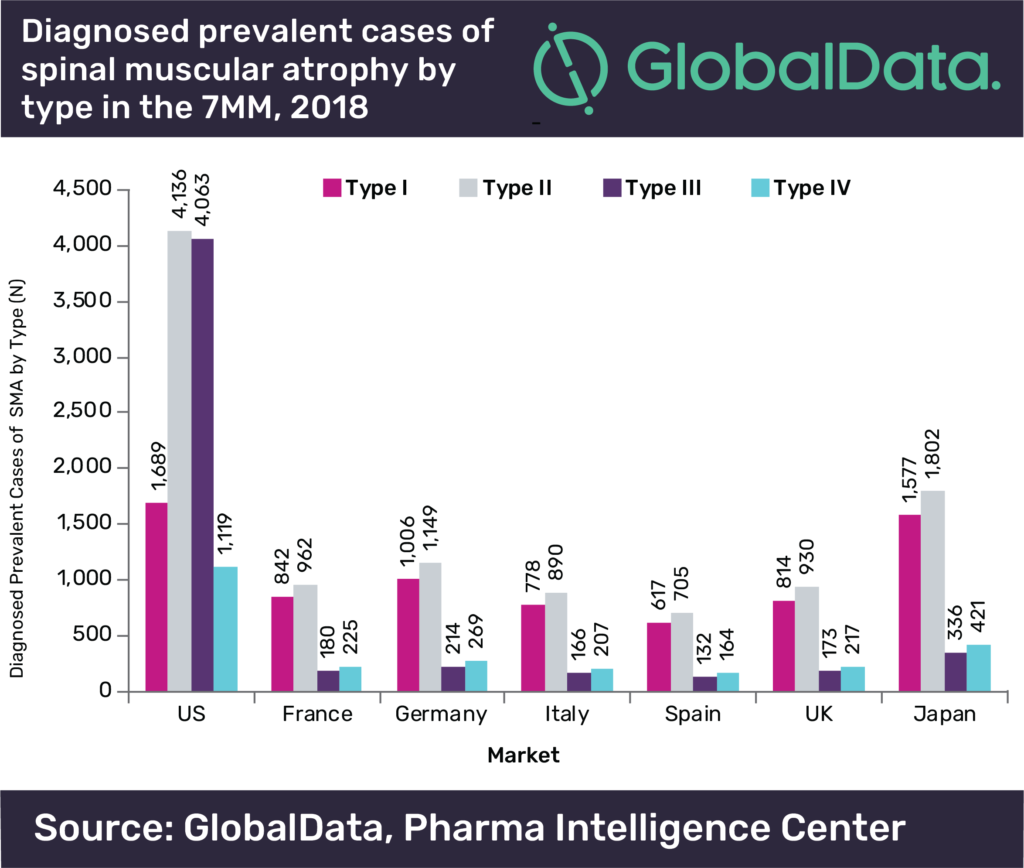 Shilpa Shaji, Epidemiologist for GlobalData, comments: “The introduction of new therapies for treating SMA is likely to impact the prevalence of SMA. As more people become aware of the disease, diagnosis and patient enrolment in registries may improve. This could have significant resource implications for health care planning.”

*7MM: US, France, Germany, Italy, Spain, the UK and Japan