UBS has dominated the latest mergers and acquisitions (M&A) league table of the top 10 financial advisers in Asia-Pacific based on deal value in 2019, according to GlobalData, a leading data and analytics company.

The Swiss investment bank advised on 42 deals worth US$83.2bn.

According to GlobalData, which tracks all M&A, private equity/venture capital and asset transaction activity around the world to compile the league tables, Morgan Stanley ranked second with 51 deals worth US$58.5bn.

Ravi Tokala, Financial Deals Analyst at GlobalData, comments: “Deal activity (volume) targeting Asia-Pacific region for 2019 increased by 24.25% with the number of deals targeting Chinese companies or assets representing 39.8% of the overall deal volume. However, total deals value in the Asia-Pacific region decreased over 10% in 2019 over 2018.” 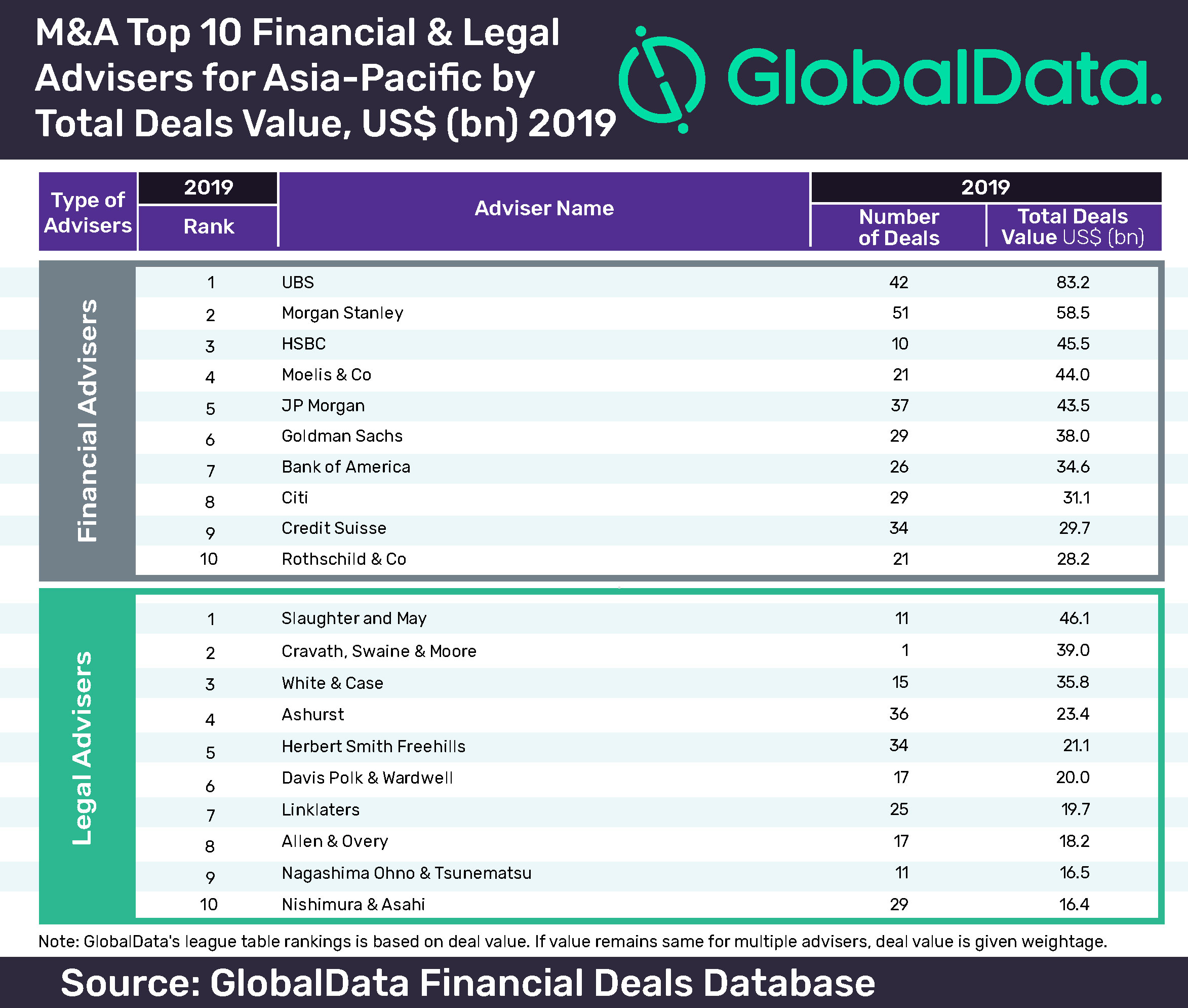 Law firm Slaughter and May emerged as the lead player in the list of top 10 legal advisers, in terms of deal value. It advised on 11 deals worth a combined US$46.1bn. Cravath, Swaine & Moore occupied second position in terms of value, advising on one deal worth US$39.0bn. In the global league table of top 20 M&A legal advisers, Slaughter and May secured tenth position.