A second spike of cases was seen in the UK at the start of August, and while the new daily cases are currently increasing at a lower rate than was seen in the first wave, precautionary measures must be taken to prevent them from increasing any further, says GlobalData, a leading data and analytics company. 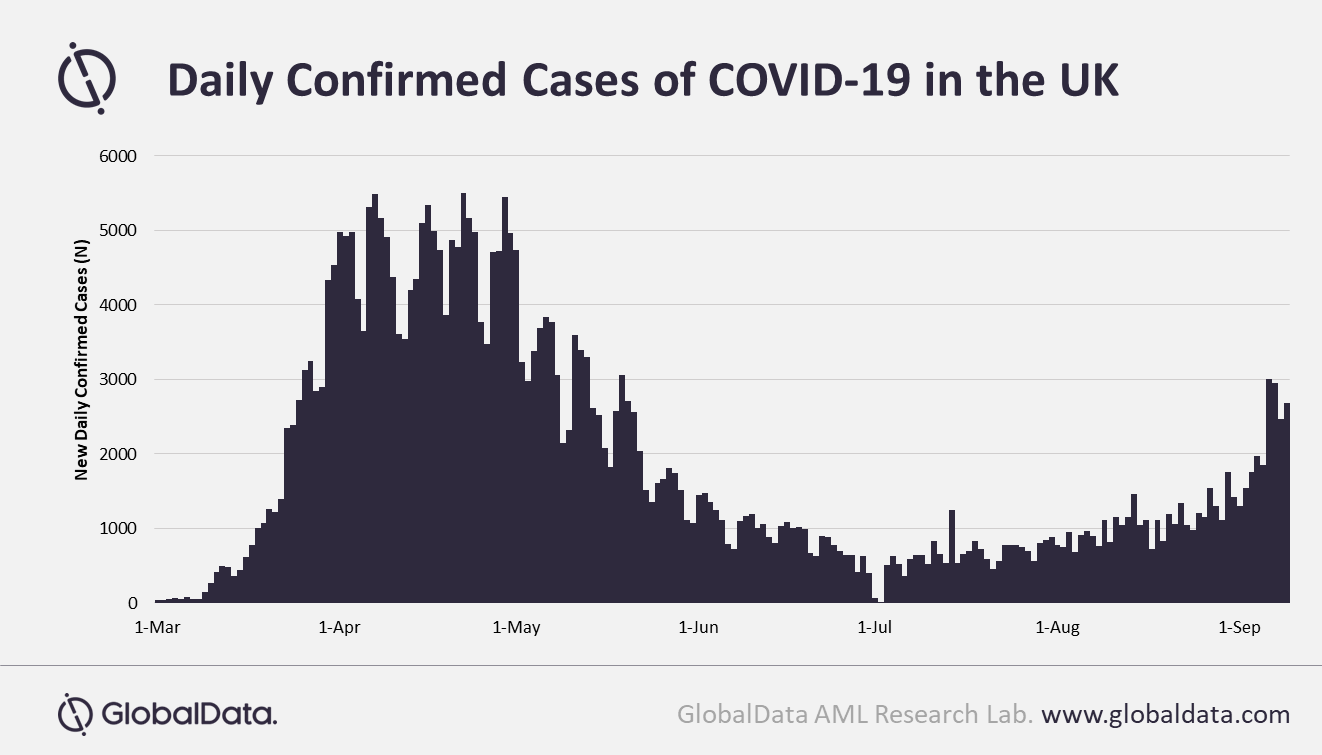 Katie Wrenn, MPH, Epidemiologist at GlobalData, comments: “While a comparison of these two peaks has shown the second spike in cases rising at a lower rate than that of the first wave, the UK is no longer in the control phase of the pandemic. The recent spike in cases in the UK has furthered concerns that the country re-opened too soon and preventative steps are required to prevent a continued rise in daily confirmed cases of COVID-19.”

On September 14, the UK Government issued a national ban on gatherings of more than six people. However, it remains to be seen whether these controls are stringent enough to curb the spread of a second wave; this will become clear in the coming weeks.

Similar restrictions were re-introduced in Australia and Japan when those countries experienced a new spike in cases, and they are now undergoing a second wave that is much larger than the first.

Wrenn adds: “This emphasizes the fact that the UK must not become complacent in its response to the pandemic. If the rate of new daily cases begins to increase further, controls will need to be put in place to prevent a larger second wave.”