Unmet needs in dyslipidemia set to endure, providing manufacturers with opportunities for development 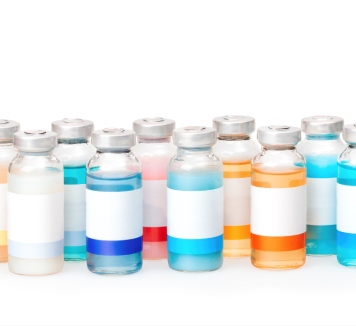 The dyslipidemia market, which is set to surpass $29 billion by 2025, will continue to contain a number of unmet needs as adjunctive pipeline drugs and new biologics fail to target certain patient sub-groups, according to GlobalData, a recognized leader in providing business information and analytics.

The company’s latest report states that areas of unmet need which particularly stand out are in the mixed dyslipidemia space and the statin intolerant patient pool. These patients do not necessarily correspond to the high-risk atherosclerotic cardiovascular disease (ASCVD) population, but they consist of large patient groups who most likely will not receive biologic-based therapies.

Elizabeth Hamson, Ph.D., Healthcare analyst for GlobalData, explains: “Currently, these patients are treated with statins, ezetimibe, or fibrates. However, the latter drug class is falling out of favor with physicians, and ezetimibe is not a very efficacious lipid-lowering therapy, particularly when used as a monotherapy in statin intolerant patients.

“This is where pipeline drugs such as Esperion’s ETC-1002, Gemphire’s gemcabene, and cholesteryl ester transfer protein (CETP) inhibitors can really capitalize on patient share. Indeed, a key development strategy will be to target and focus on subgroups of patients, as opposed to employing a statins-based approach whereby the whole dyslipidemia population is targeted.”

Such an approach has been exemplified by ETC-1002, which plans to establish itself as the standard of care for statin intolerant patients. The drug has already demonstrated superiority over ezetimibe, the current first-line therapy for these patients, and GlobalData anticipates Esperion to reap the rewards of such a development strategy.

Hamson continues: “Other pipeline agents, such as gemcabene and the CETP inhibitors, will be lucrative in this market; however, if the companies behind these drugs employ a more strategic approach of focusing on patient subgroups, then they are more likely to establish themselves in the dyslipidemia treatment algorithm.”