The US secured the top spots in terms of outbound and inbound mergers and acquisitions (M&A) deal volume and value in 2020, despite witnessing a decline in activity during the COVID-hit 2020. Meanwhile, China continued to remain attractive to foreign investors and emerged as a notable exception to witness growth in inbound M&A activity, according to GlobalData, a leading data and analytics company.

Aurojyoti Bose, Lead Analyst at GlobalData, comments: “Cross-border M&A activity declined significantly during 2020 with growing protectionism, heightened geopolitical tensions and fears of an economic slowdown due to the COVID-19 pandemic. However, the US managed to be in a relatively better position and witnessed a sizeable number of cross-border M&A deals. The strength of its economy appears to have played a crucial role in driving deal activity.” 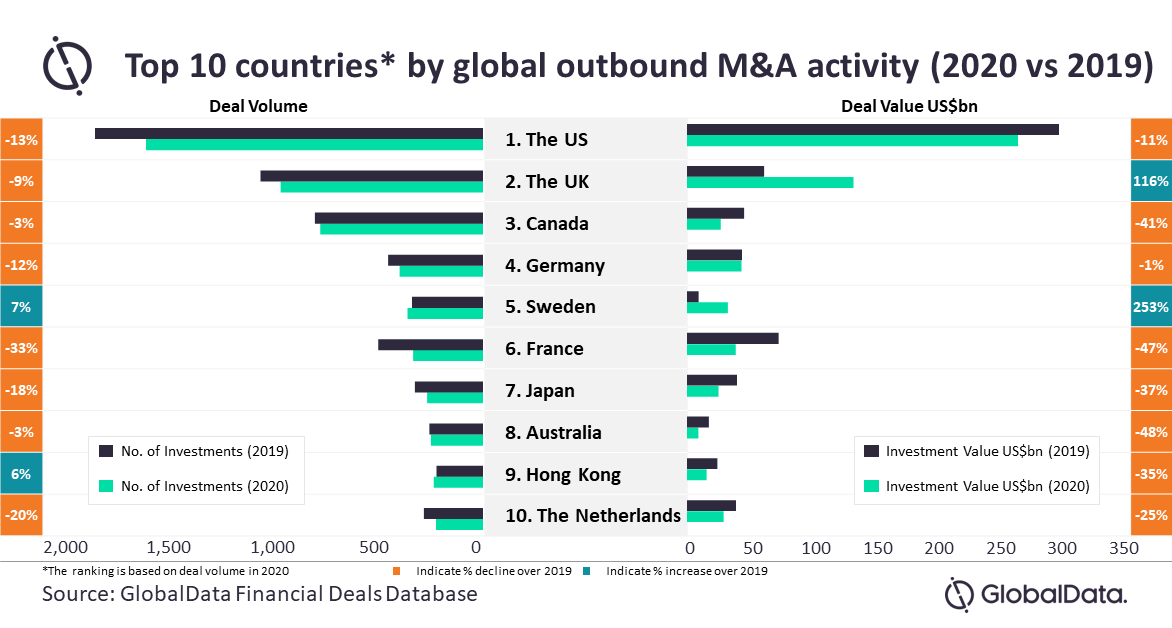 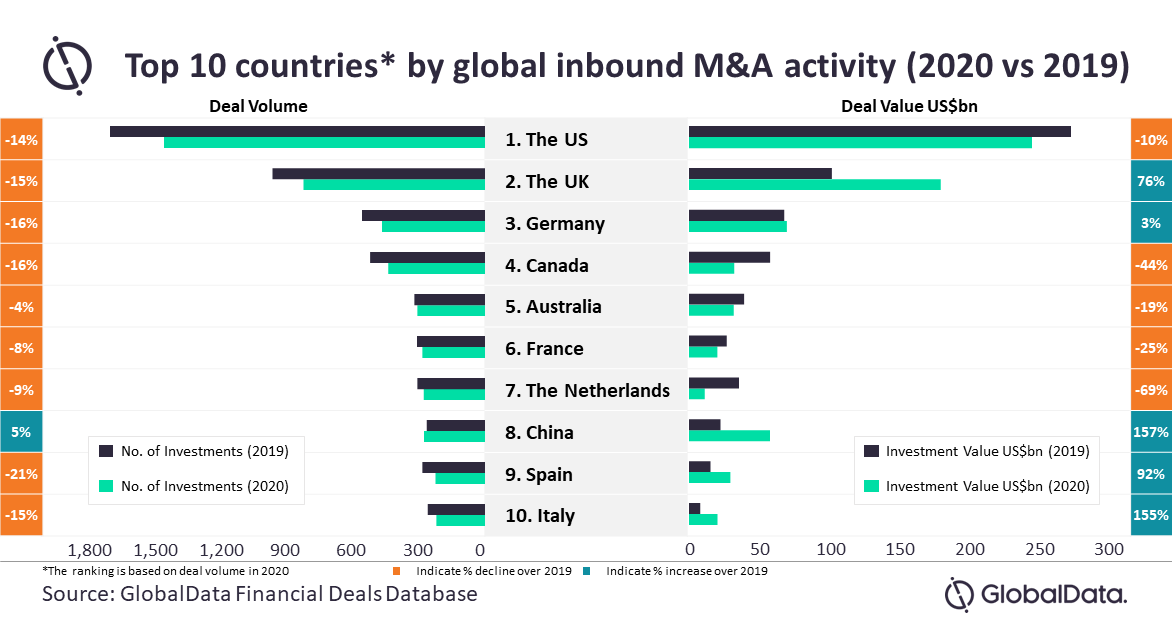 While most of the countries witnessed decline in inbound M&A activity, China emerged as a notable exception and witnessed growth in deal volume as well as value in 2020 compared to 2019.

Bose adds: “Despite China being the country from where the COVID-19 outbreak originated, it remained attractive to foreign investors. The country’s success in curbing the virus remained pivotal. The relaxation on foreign investment regulations by the Chinese Government is also likely to have encouraged foreign companies to invest in the country.”

Transformation of stock exchanges will be a boon for fintech
Travel & tourism sector witnessed 29.6% decline in deal activity during January 2021
Deal activity registered a 24.8% decline in January 2021
Decline in global M&A activity started moderating towards the end of Q4 2020
Orthopedics market set to reach $64bn by 2025 as acquisitions surge