The US is expected to add the highest trunk pipeline length in the global oil and gas pipelines industry between 2019 and 2023, contributing a total length of 45,420km, which will account for around 18% of the total pipeline length additions from planned and announced (new-build) projects, according to GlobalData, a leading data and analytics company.

The company’s report: ‘H1 2019 Global Length and Capital Expenditure Outlook for Oil and Gas Pipelines – Natural Gas Pipelines Take Lead in New-Build Projects’ reveals that the global trunk oil and gas pipelines industry is expected to grow by 13.4% in terms of length by 2023.

Of the pipelines length additions from new-build projects in the US by 2023, 18,383km is expected to come online from planned projects that have received approvals for development, while the remaining total, 27,037km is from early-stage, announced projects.

Arpan Roychowdhury, Oil & Gas Analyst at GlobalData, comments: “Booming unconventional oil and gas production is primarily driving the pipelines industry growth in the US. More than 100 new-build trunk pipelines are expected to be added in the country’s pipelines network by 2023.” 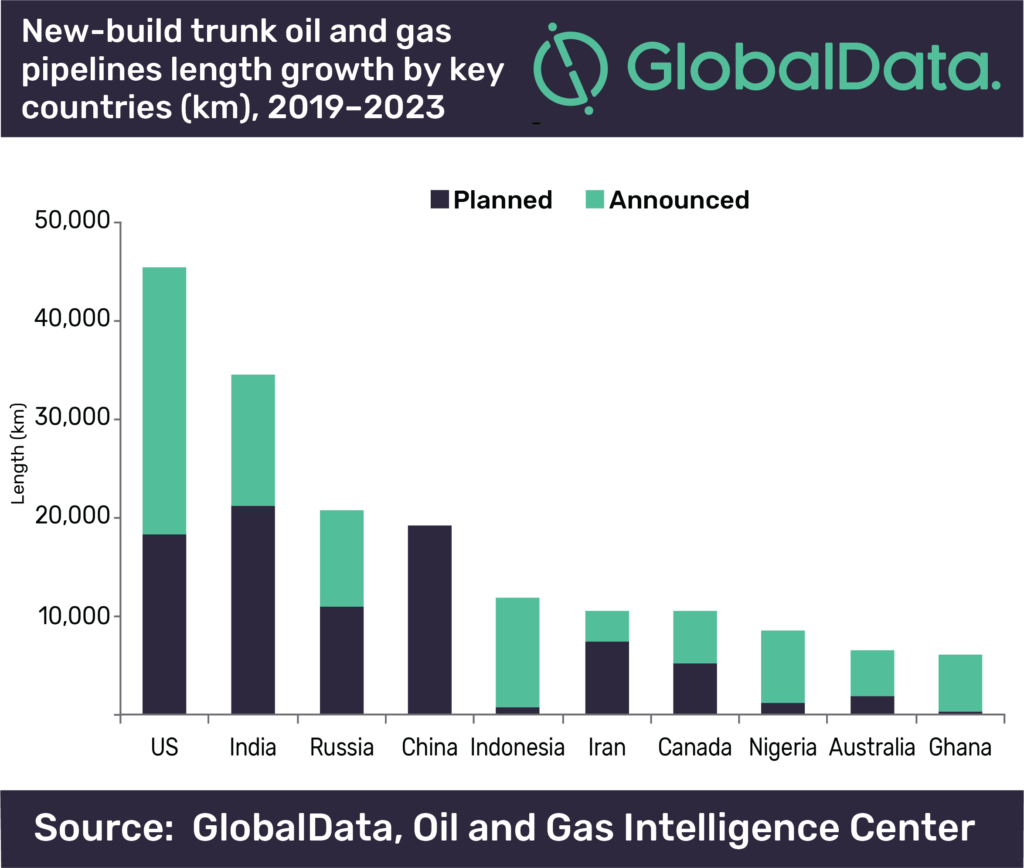 GlobalData identifies that the Express Platte Twin Expansion is expected to be the longest pipeline project in the US between 2019 and 2023. This announced crude oil pipeline, with a length of 1,560km, is expected to start at Guernsey, Wyoming, and end at Patoka, Illinois. The pipeline has an expected capacity of 400 thousand barrels of oil per day (mbd).