The US is expected to lead in terms of global trunk or transmission pipeline length additions for planned and announced (new-build) projects between 2019 and 2023, contributing around 21% of global new-build pipeline additions by 2023, according to GlobalData, a leading data and analytics company.

Sunrita Dutta, Oil and Gas Analyst at GlobalData, comments: “Liberty Oil is the largest upcoming pipeline project in the country with a new-build length of 2,172km. The pipeline is proposed from a pump station in Guernesy to an oil terminal at Cushing VII. It is expected to start operations in 2021.” 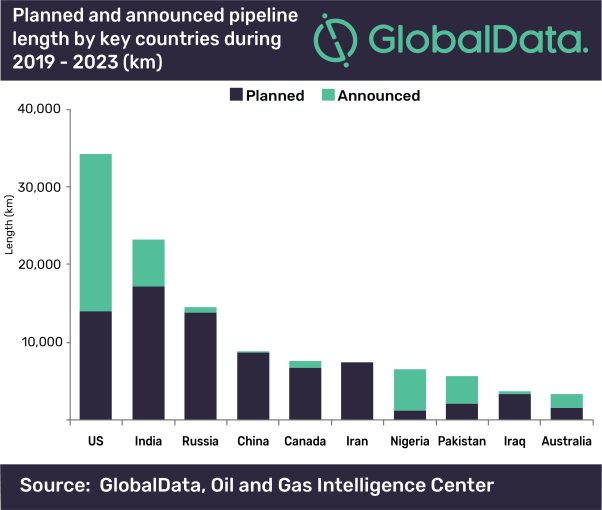 India ranks second highest globally, in terms of trunk or transmission pipeline length additions, with a new-build planned and announced pipeline length of 23,344km by 2023. The Jagdishpur–Haldia gas pipeline in India is the major upcoming planned pipeline project with a proposed length of 2,655km. It is expected to start operations in 2020.