The US registered the highest outbound as well as inbound mergers and acquisitions (M&A) investment volume and value in the consumer packaged goods (CPG) sector in 2018, despite growing concerns over protectionism, trade wars and heightened regulations, finds GlobalData, a leading data and analytics company.

Aurojyoti Bose, Financial Deals Analyst at GlobalData, comments: “With around 70 outbound M&A deals worth disclosed investment value of US$13bn, the US occupied the top position in terms of both deal volume and value in 2018. However, with 69.3% growth in disclosed investment value in 2018 as compared to 2014-2017 average the US stood at fourth position. In terms of volume growth too, the US lagged behind and was ranked seventh among the top ten countries. The relatively low growth could be attributed to growing protectionism.” 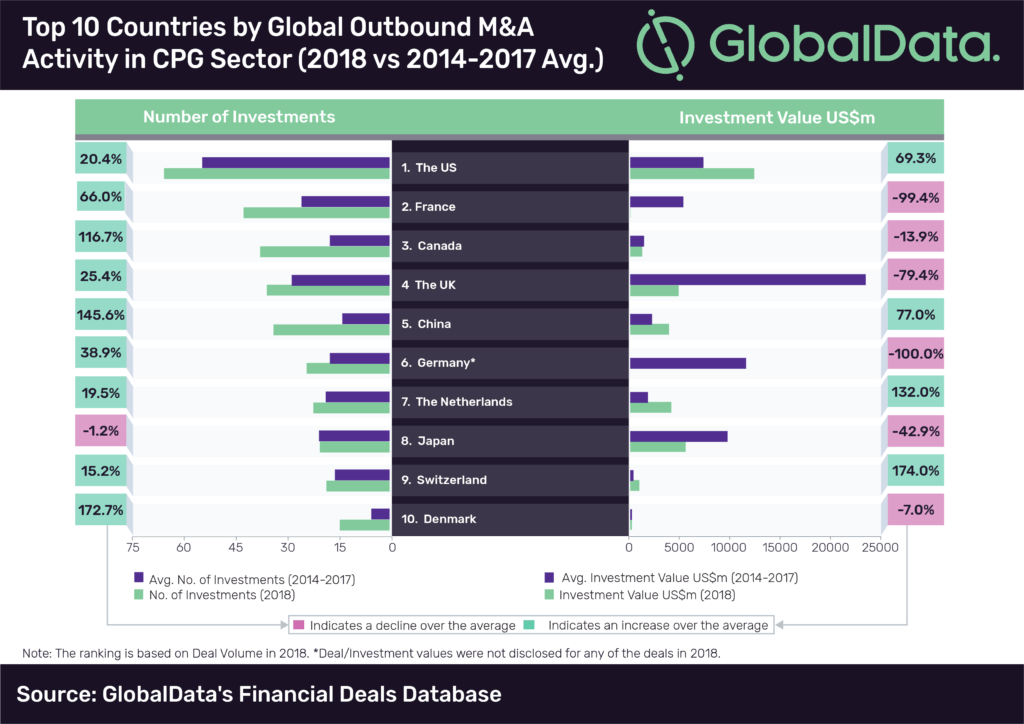 All the top 10 countries, except Japan, witnessed an increase in the number of investments. However, majority of these countries witnessed a decline in disclosed investment value in 2018 as compared to the 2014-2017 average.

The UK witnessed 79.4% decline in disclosed investment value in 2018 as compared to the 2014-2017 average. The decline is primarily attributed to some of the high value outbound acquisitions undertaken by the UK-based companies during 2014-2017. Some such notable acquisitions included British American Tobacco’s acquisition of 57.8% stake in Reynolds American for US$47bn and Reckitt Benckiser’s acquisition of Mead Johnson Nutrition for US$17.9bn.

Bose adds: “With limited growth opportunities in saturated domestic markets, companies headquartered in developed nations are looking for potential targets to enter or expand their presence in emerging markets.” 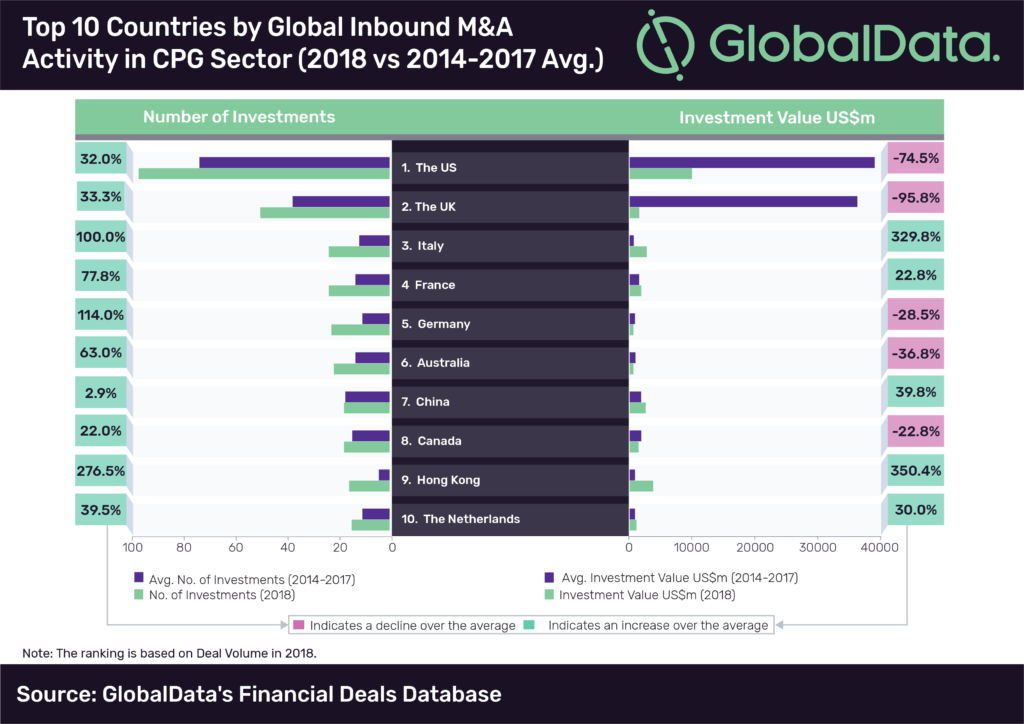 For instance, in May 2018, Kellogg acquired a stake in Tolaram Africa Foods as part of its strategy to expand its presence in the African market.

Bose concludes: “The US witnessed close to 100 inbound M&A deals worth around US$10bn in 2018, which was the highest among all countries. However, it witnessed 74.5% decline in value in 2018 as compared to the 2014-2017 average. Growth in investment volume was 32%, which is the third lowest among the top 10 countries. This can be attributed to trade war and increased regulatory scrutiny of deals.

“CPG companies view cross border M&A as an effective medium to enter into new geographies and product categories. Potential entry into premium product categories has also acted as one of the key drivers, as reflected in some of the M&As in 2018. Changing consumer preferences towards products with health and wellness attributes have also triggered few M&As, with CPG companies identifying potential targets in domestic as well as foreign markets to add such products to their existing portfolio.”