The US will drive growth in North America’s new-build underground gas storage industry between 2019 and 2023, contributing around 95% of the working gas capacity growth in the region, according to GlobalData, a leading data and analytics company. 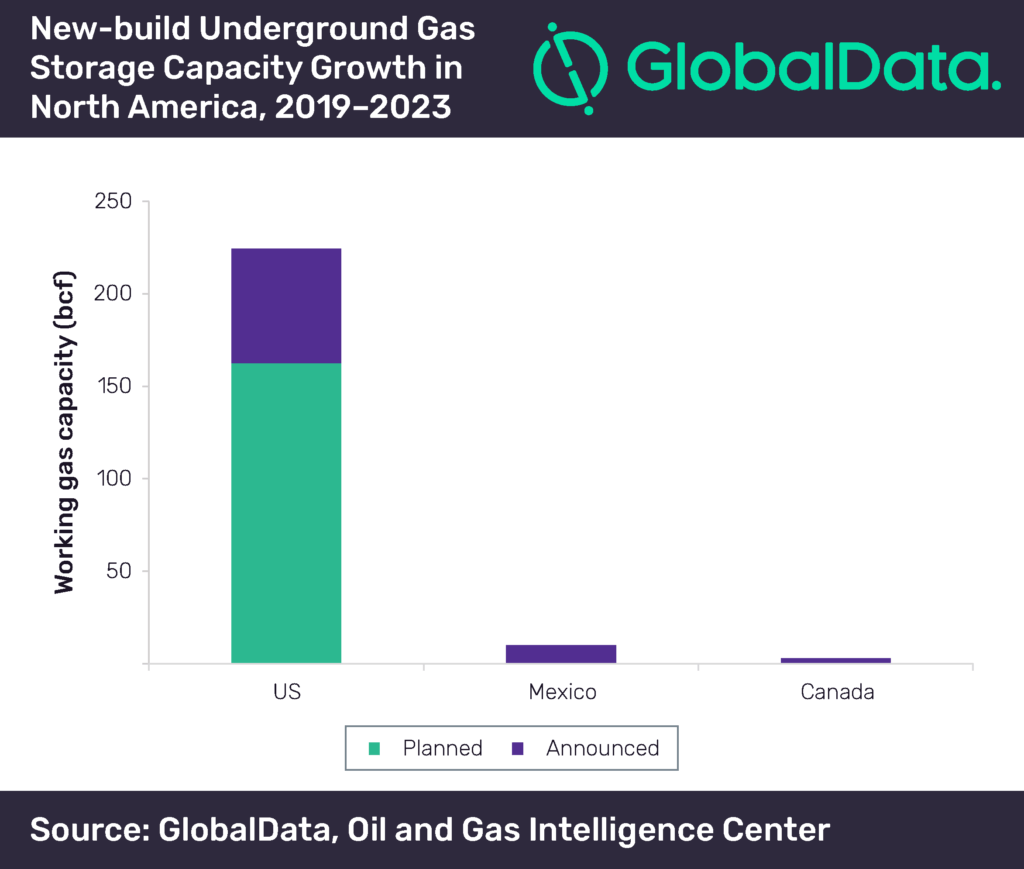 GlobalData identifies Mexico as the second highest in North America in terms of new-build underground gas storage capacity. The country is expected to add 10 bcf of working gas capacity by 2023 from the announced Burgos storage site during the outlook period. Canada accounts for the remaining capacity growth, with 3 bcf of working gas capacity to be added from the announced Warwick II storage site.

The report also states that in terms of the storage capacity among the upcoming underground gas storage sites, MoBay Storage Hub and Magnum Gas Storage in the US leads with 50 bcf and 42 bcf respectively, by 2023.