For instance, VC firm New Enterprise Associates registered growth in investment value despite decline in investment volume in 2018 as compared with 2014-2017 average on the back of participation in several US$100m+ funding rounds. Some of the such notable funding rounds with New Enterprise Associates’ participation in 2018 included US$350m funding in Zuoyebang and US$325m funding in Open Door Labs. 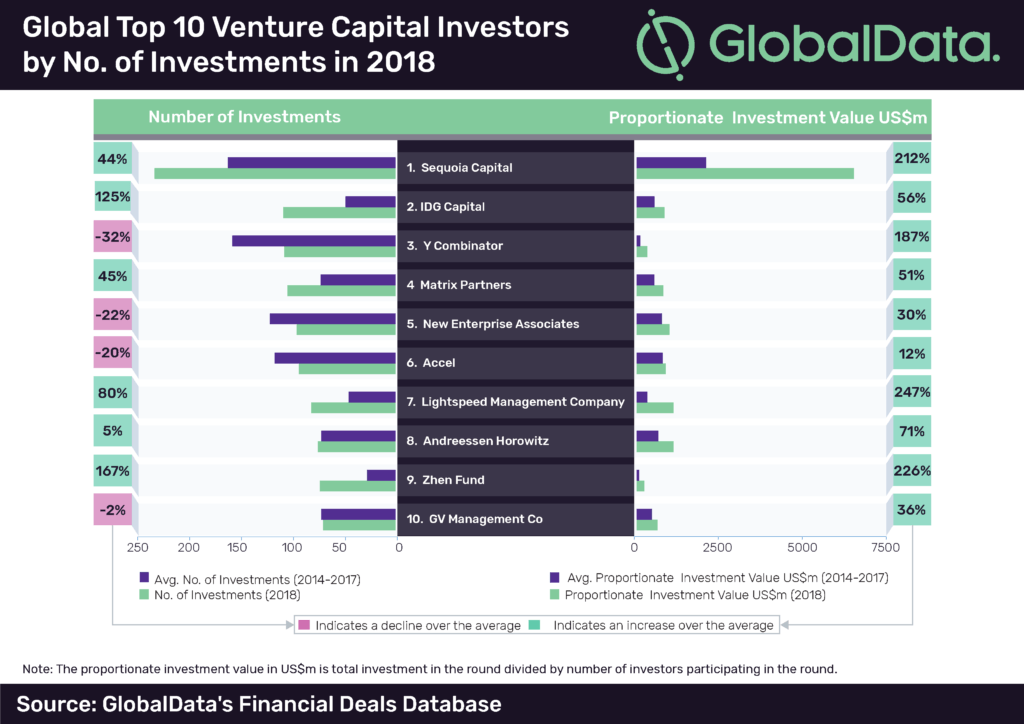 Sequoia Capital also joined as one of the investors in the US$14bn fundraising by China-based Ant Financial in June 2018, which is also believed to be the single largest fundraising ever by a private company so far.

Lightspeed Management Company registered the highest growth in proportionate investment value in 2018 as compared to the 2014-2017 average.