Despite the COVID-19 pandemic, the Asia-Pacific (APAC) region sees notable venture capital (VC) investment activity. However, the pandemic has forced VC investors to shift their focus to low value deals during the first quarter (Q1) of 2021, finds GlobalData, a leading data and analytics company

An analysis of GlobalData’s Financial Deals Database reveals that out of the total 1,105 deals (with disclosed deal value) announced during the quarter in APAC low value deals (<=US$10m) accounted for 54.6% share of the total VC investment volume while deals valued more than US$100m and US$1bn accounted for just 6.8% and 0.3% share, respectively. Billion-dollar deals remained mostly non-existent during the period. 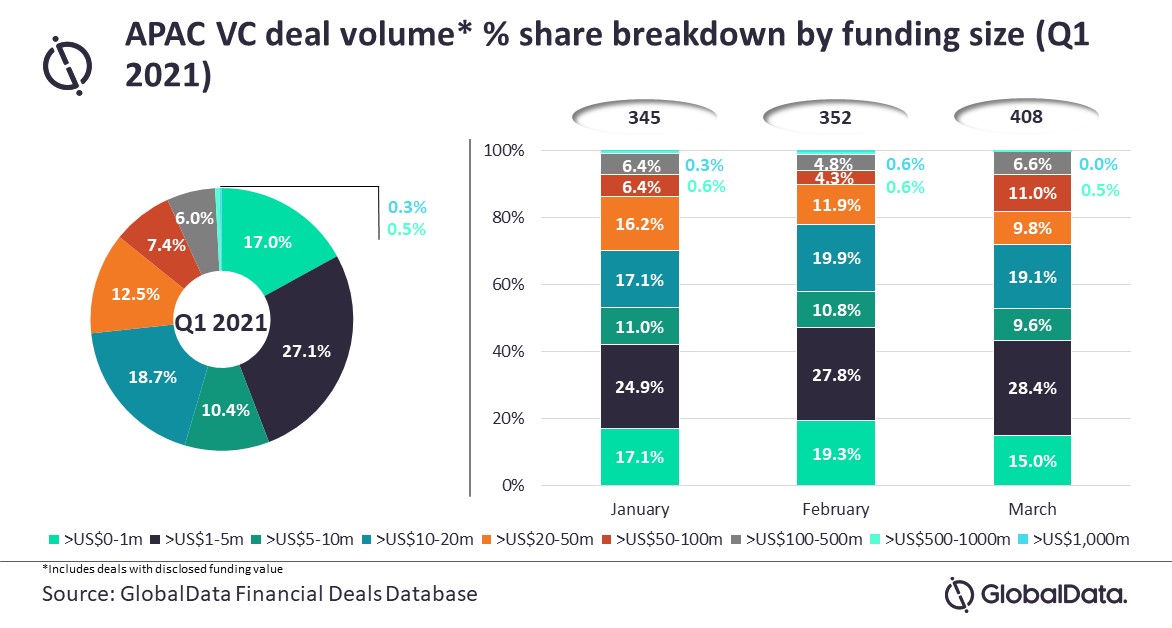 Mr Bose concludes: “The COVID-19 pandemic has posed several challenges to all the industries world-wide. The APAC VC industry is no exception. Even though VC investors are now more cautious than ever before in committing big-ticket deals due to the ongoing uncertainty, the investment landscape looks brighter in the mid- to long-run, which is evident from the significant jump in deal volume during Q1 2021.”

Without the Olympics, the entire global sporting economy is at risk
Global oncology Phase II clinical trials heavily impacted by COVID-19 disruptions, says GlobalData
Airbnb needs to permanently address its party issue if it is to remain a leading player in the lodging space
Consolidation in business travel could become a necessity amid a 63% fall of trips in 2020
Sustainable business initiatives helped majority of the top 25 retailers by revenue thrive in pandemic-hit year, says GlobalData