India has a well-developed instant payment infrastructure. Immediate Payment Service (IMPS) was launched in 2010 followed by Unified Payments Interface (UPI) in 2016. While the former is primarily used for fund transfers, the latter is mostly preferred for day-to-day payments thereby benefitting mobile payment brands like PhonePe and Google Pay. Against this backdrop, the entry of WhatsApp Pay will further drive competition in the Indian payment space, says GlobalData, a leading data and analytics company.

UPI system allows customers to integrate bank account with mobile payment solution and enables instant transfers between bank accounts from mobile phone using virtual ID, mobile number or QR code, making transactions quicker. It is increasingly used for day-to-day transactions, a trend which is gaining momentum during the COVID-19 pandemic as consumers prefer to use non-cash payment method. UPI transactions have breached the two-billion mark per month in October 2020. 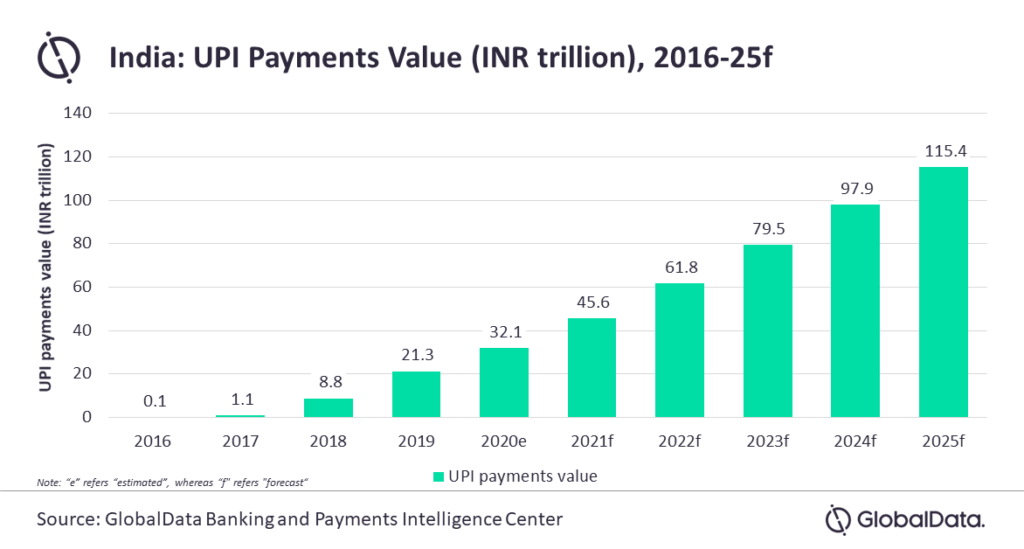 The UPI-based payments space is mainly dominated by third-party payment solution providers like Paytm, Google Pay and PhonePe. Competition in this space is expected to intensify further with the commercial rollout of WhatsApp Pay, as the popular social media platform will benefit from its large user base of over 400 million.

WhatsApp, which started testing beta version of its payment service in February 2018, received approval from the National Payments Corporation of India (NPCI) in November 2020 to roll out its digital payment solution on UPI platform in a phased manner to a maximum of 20 million customers.

Mr Reddy concludes: “The widespread QR code infrastructure in the country coupled with its large user base provides WhatsApp an opportunity to position itself in the highly competitive Indian consumer payment space. However, it will take time for WhatsApp to replicate the success story of China-based WeChat Pay (payment solution offered by social media app, WeChat).”