White & Case and Veirano Advogados emerged as the top legal advisers for mergers and acquisitions (M&A) in South & Central America by value and volume, respectively, for Q1-Q3 2020, according to GlobalData, a leading data and analytics company.

Aurojyoti Bose, Financial Deals Analyst at GlobalData, comments: “White & Case won first in GlobalData’s ranking of deal value by advising on six deals worth $2.6bn – the highest value among all advisers. Meanwhile, Veirano Advogados led in terms of volume having advised on 22 deals worth $846.1m.

“Veirano Advogados, despite being the only adviser that managed to advise on more than 20 deals, lagged behind many of its peers in terms of deal value. It did not only lose the top position by value to White & Case but also failed to make it to the list of top ten advisors by value due to involvement in low-value transactions.”

In contrast, White & Case, which advised on even less than one-third of the number of deals advised by Veirano Advogados, managed to secure the top spot by value. White & Case was involved in five deals worth more than $100m, out of which one was worth greater than or equal to $1bn. Veirano Advogados advised on only one deal worth more than $100m deal. 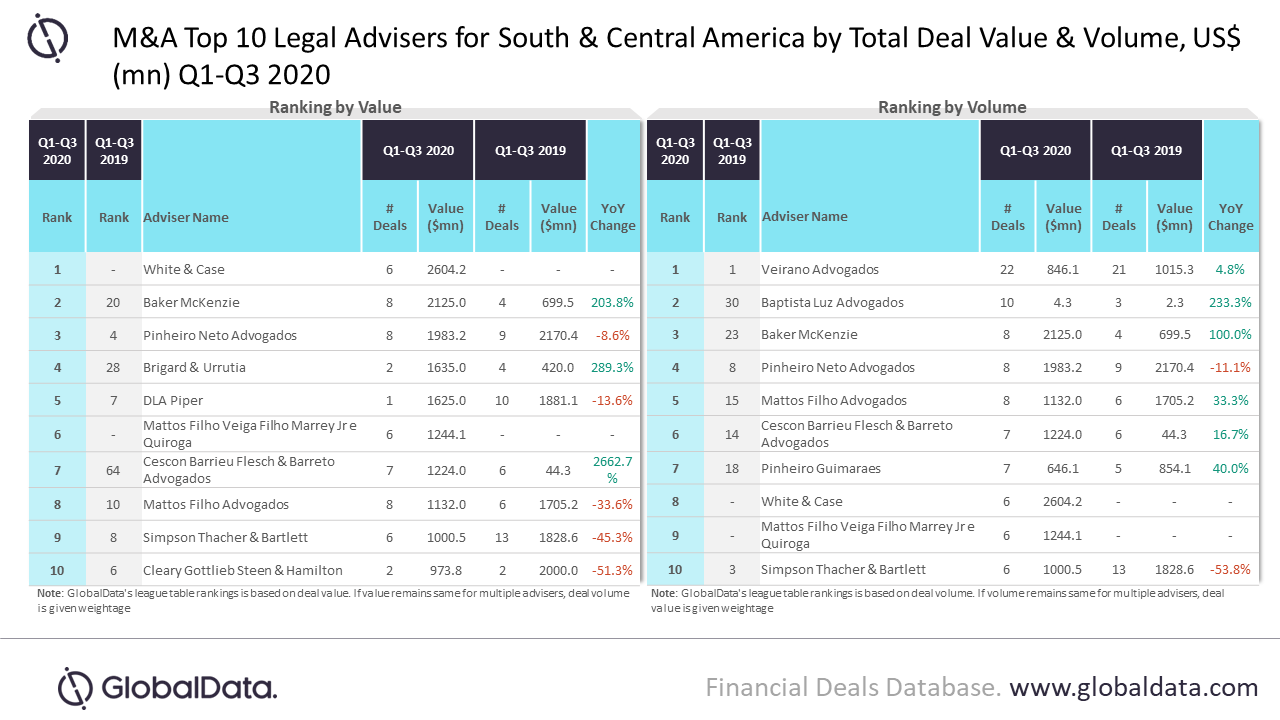 Baptista Luz Advogados occupied the second spot by volume with ten deals worth $4.3m, followed by Baker McKenzie with eight deals worth $2.1bn.