The number of 12-month total prevalent cases of post-traumatic stress disorder (PTSD) was higher in women than in men in the seven major markets (7MM*), with 5.5 million cases (32.05%) in men compared to 11.7 million cases (67.95%) in women in 2018, according to GlobalData, a leading data and analytics company.

The company’s latest report: ‘Post-Traumatic Stress Disorder: Epidemiology Forecast to 2028’ reveals that in the 7MM combined, patients in ages 18–39 years contributed the highest proportion of the 12-month total prevalent cases of PTSD with 45.07% (7.7 million cases). This increase is partly attributable to the moderately rising trend in the prevalence of PTSD, combined with the dynamic population demographics in the next decade. 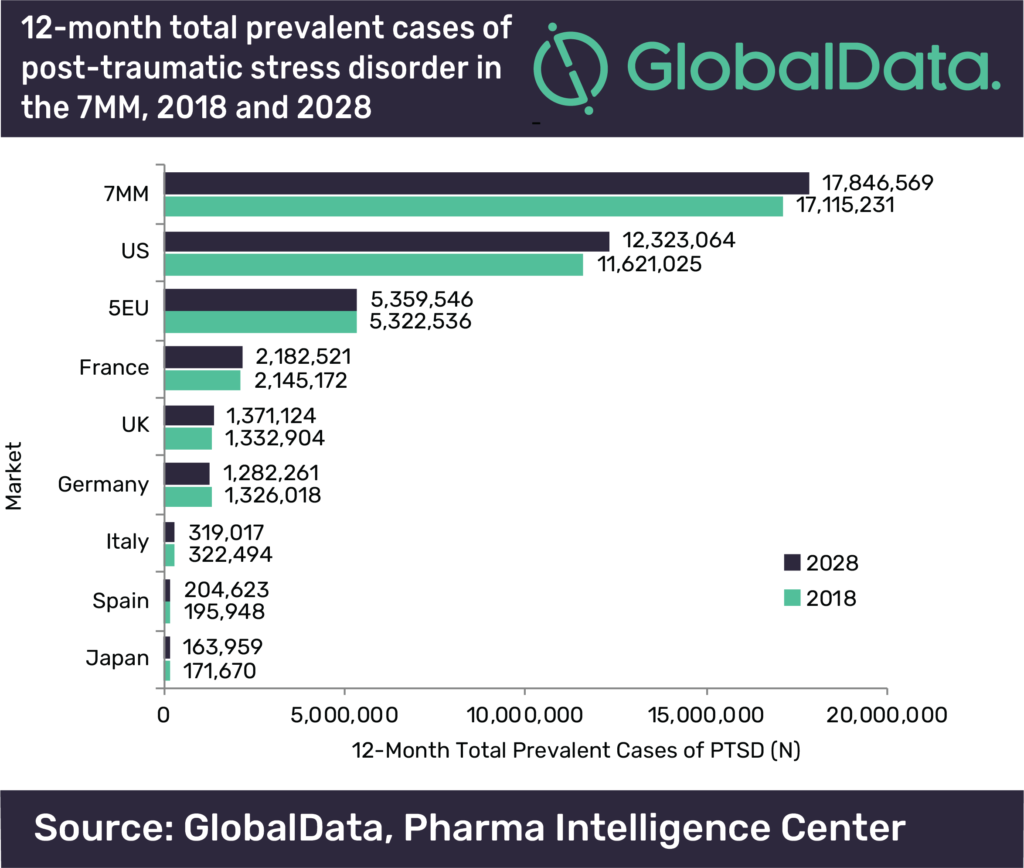 Arunkumar NV, Epidemiologist at GlobalData, comments: “Despite the attention PTSD has received, the fundamental nature of the syndrome is poorly understood. Although it is not clearly understood how well risk factors predict the development of PTSD, sex seems to have a strong association to developing PTSD, with the risk for women being twice as high as it is for men.”

*7MM: US, France, Germany, Italy, Spain, the UK and Japan