Following the news that Amanda Blanc has resigned from her role as head of European business at Zurich, Ben Carey-Evans, Insurance Analyst at GlobalData, a leading data and analytics company, offers his view:

“Amanda Blanc announced her surprise resignation from her role as head of European business at Zurich earlier this week, only eight months after she joined from AXA. It was a move that was supposed to enhance innovation at Zurich, with the company citing her outspoken thought leadership on the impact of digital capabilities in her introduction.

“GlobalData’s 2019 UK Broker Survey, carried out in February 2019, highlights that Zurich lags behind its key competitors in its use of technology in online support, e-trading and the extranet, emphasizing the challenge Blanc faced.

“Fewer than 2.1% of brokers surveyed by GlobalData selected Zurich as the best-in-class insurer in the three technology-based topics. Therefore, Zurich has a considerable amount of ground to make up on the top three players in the commercial market – Aviva, Axa and Allianz and Zurich’s new leader will need a new strategy to help bridge that gap.” 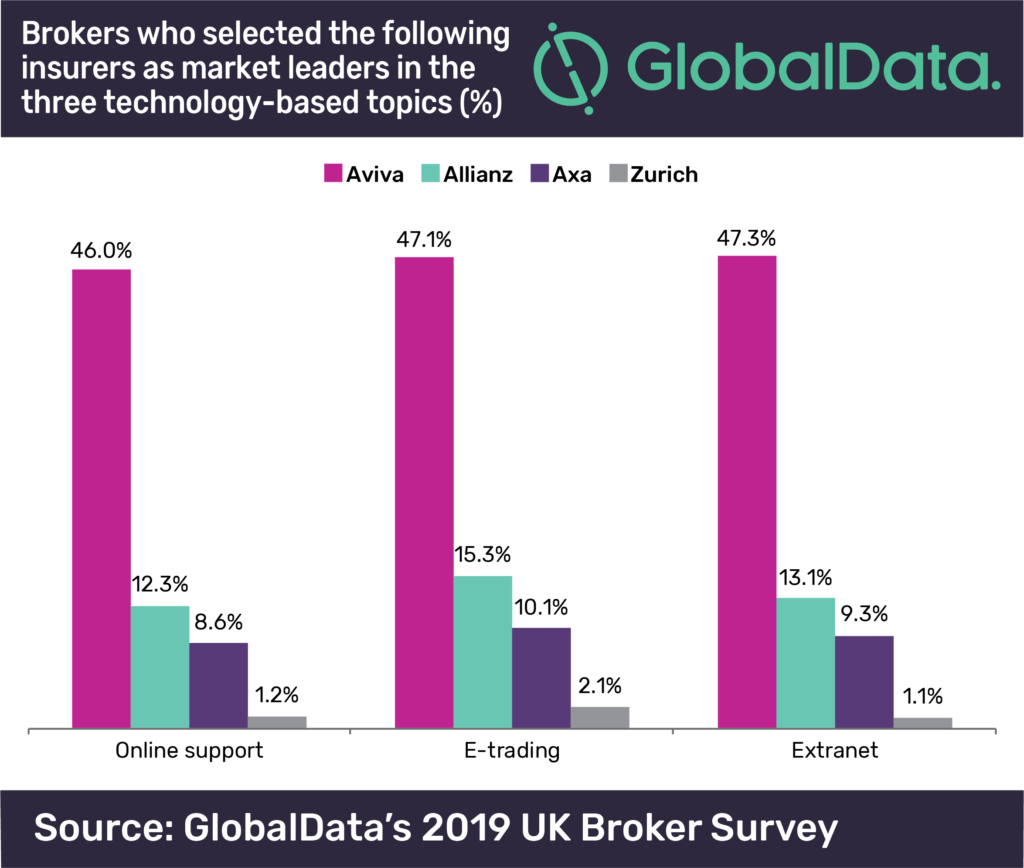