01 Jul, 2019 Almost 60% of the US construction project pipeline value is concentrated in 10 major states

Based on data from over *11,000 tracked large-scale country wide construction projects, GlobalData, a leading data and analytics company, finds that 10 major US states account for nearly 60% of the total US construction project pipeline value (US$3.7 trillion). 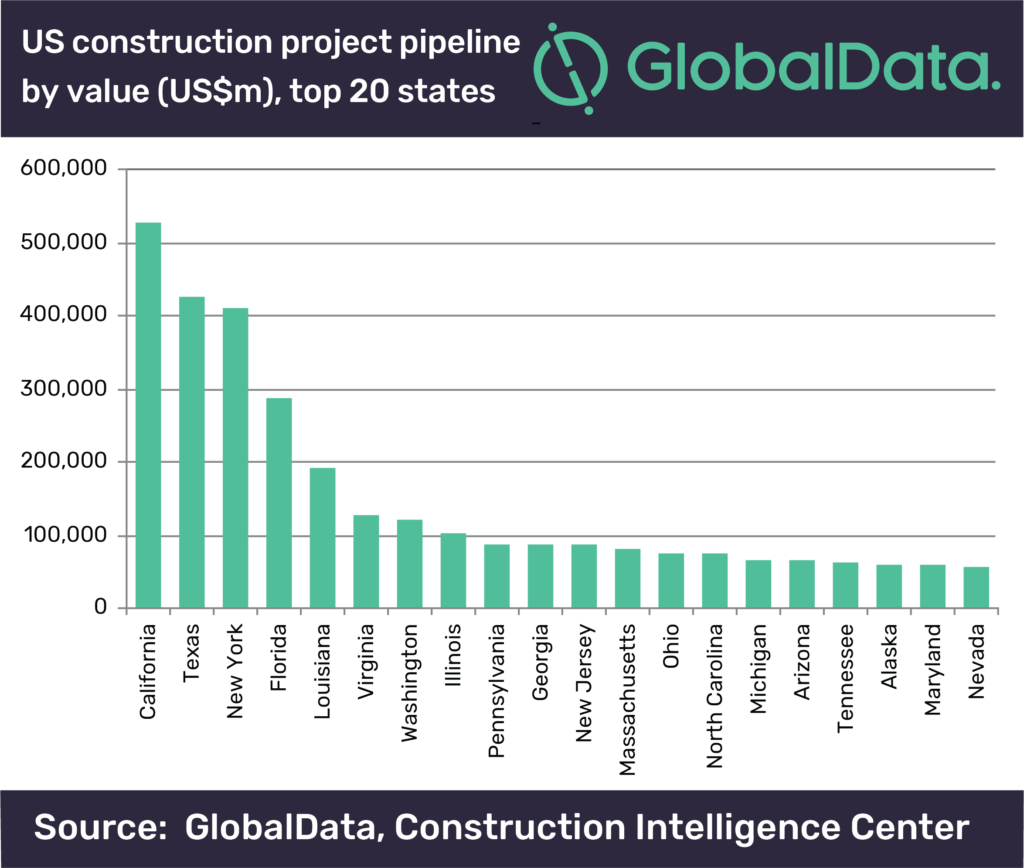 The desire to live, work, shop and play within walkable distances is not only unique to millennials and baby boomers, but also older generations who want to live in well-connected urban communities.

*These projects are at all stages of development from announcement to execution.