At least 99 publicly owned pharma companies and contract manufacturing organizations (CMOs) – many with substantial market value and access to capital markets – were approved to receive PPP loans that were intended to help small businesses in the US to pay workers during the COVID-19 pandemic, a GlobalData analysis of a partial release of information by the Small Business Administration (SBA) shows. PPP (paycheck protection program) loans are a US federal government initiative.

Fiona Barry, Associate Editor of GlobalData PharmSource, comments: “These loans were intended for small companies that were hit hard by the COVID-19 pandemic and that couldn’t otherwise afford to retain their staff. While some of these publicly owned pharma companies have small market caps and could argue that they had genuine financial pressures, others are very large. The largest, Sorrento Therapeutics, has a market cap in the billions of dollars, while a further 12 had market caps over $200m.” 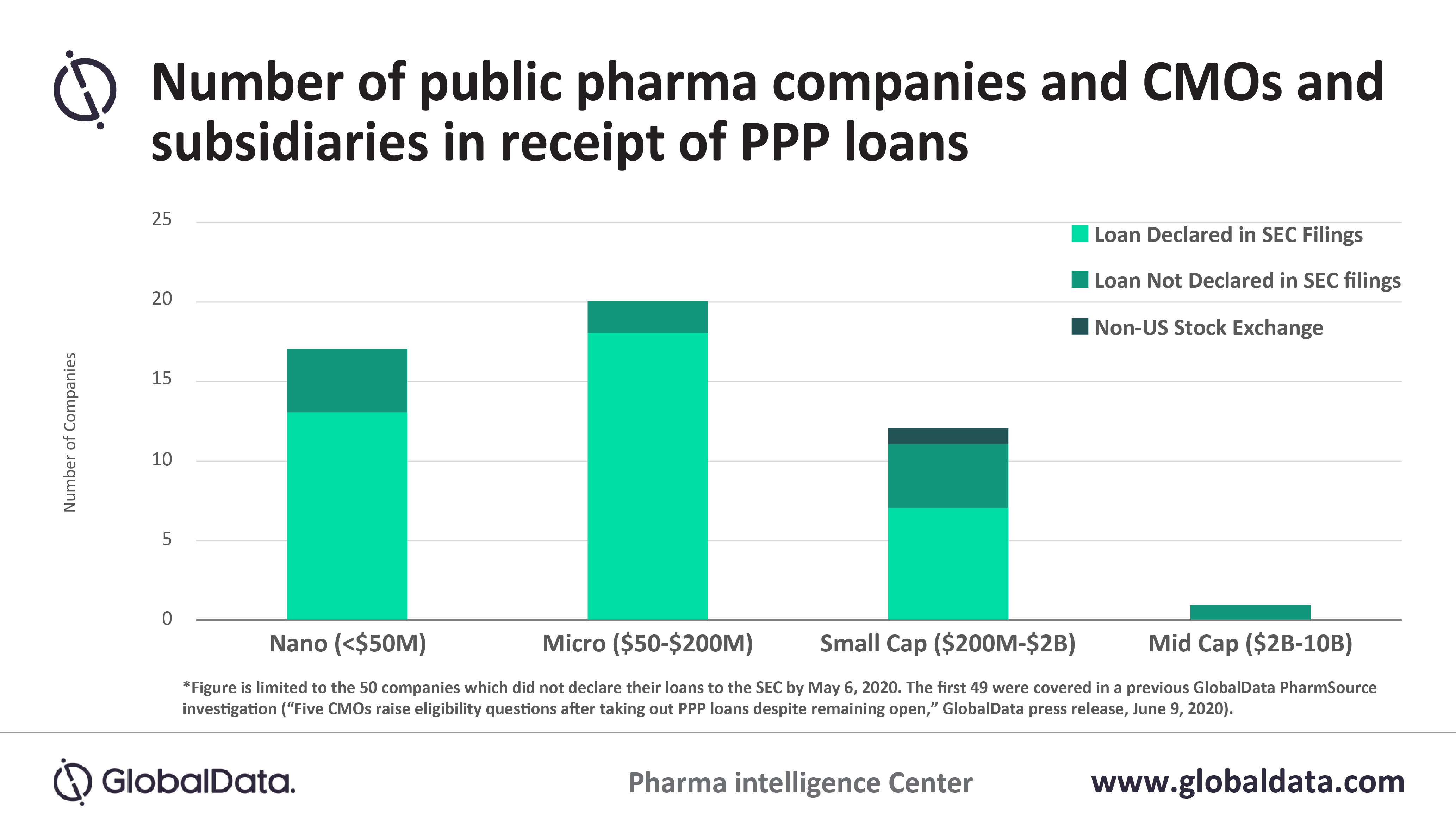 The GlobalData investigation also found that 14 of the companies had not declared their PPP loans in their SEC filings by August 12.

Barry explains: “While there is no legal requirement for companies to disclose PPP loans, a senior securities fraud and corporate governance litigator I interviewed stated that it comes down to materiality: is it information that a reasonable investor would want to know? A good argument could be made that it certainly is, because of regulatory scrutiny and potential reputational harm.”

Correction: a previous version of this press release mistakenly identified NOF America Corporation, the subsidiary of NOF Corporation, a diversified chemical producer headquartered in Japan, as the recipient of a PPP loan in place of a North Carolina grocery business. This article was corrected on September 14, 2020.