17 May 2018
AI, IoT and blockchain dominate influencer mentions during in Q1 2018, says GlobalData

Artificial Intelligence (AI) has emerged as the most frequently mentioned theme in discussions among the key disruptive technologies during the first quarter (Q1) of 2018 on Twitter, according to leading data and analytics company GlobalData.

An analysis from GlobalData’s influencer platform revealed that AI was way ahead of other disruptive technologies with more than one-fourth share of overall discussions, followed by Internet of Things (IoT), blockchain and augmented reality. Robotics and analytics were also among the leading themes that were discussed across disruptive tech portfolio. 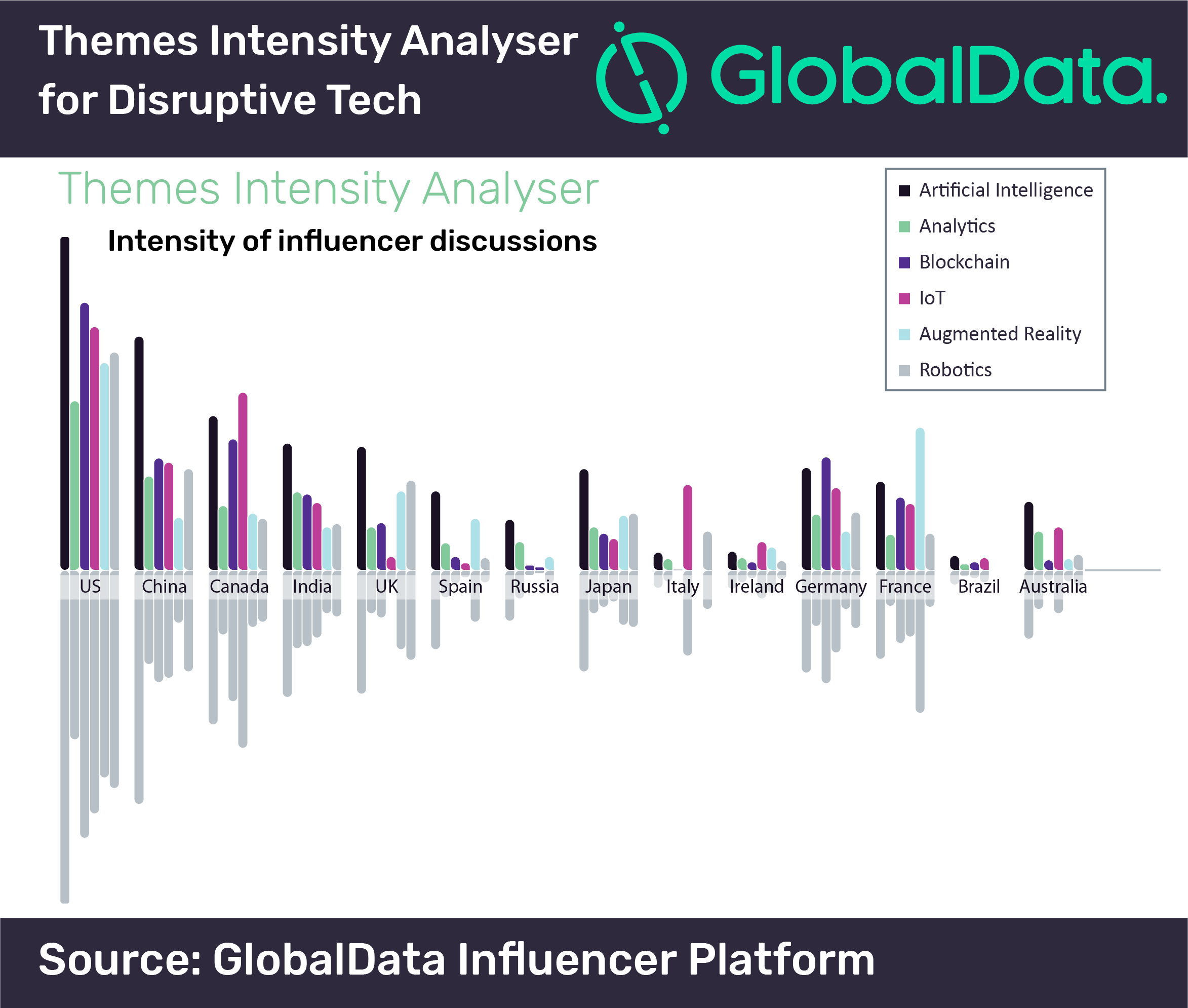 The themes discussed differed across the globe, with AI taking center stage in the US, the UK, China, India, Spain, Russia, Japan, Brazil and Australia. There was a significant discussion on blockchain in Germany, and IoT in Canada, Italy and Ireland. Augmented reality was the most popular theme in France during Q1 2018.

The analysis has also delved into the geographic spread of discussions, which identified that the US accounted for a quarter of all discussions about disruptive technologies, followed by China and Canada at 13% and 11% respectively.

This analysis is based on a study of tweets from top 100 Influencers who have been involved in discussions on emerging and disruptive technologies and have an active presence on Twitter.