Venture capital (VC) funding in artificial intelligence (AI) startups hit a record high in 2018 with the top 10 VC investors participating in a total of 150 funding rounds, which is an increase of 66.7% over the 2014–2017 average. Eight of the global top 10 VC investors in the AI tech space in 2018 were headquartered in the US, according to GlobalData, a leading data and analytics company.

The US and China collectively accounted for more than 60% of the total VC investment volume and around 80% of the total investment value in 2018. IDG Capital and Baidu Ventures were the only two non-US companies to feature in the top 10 list. 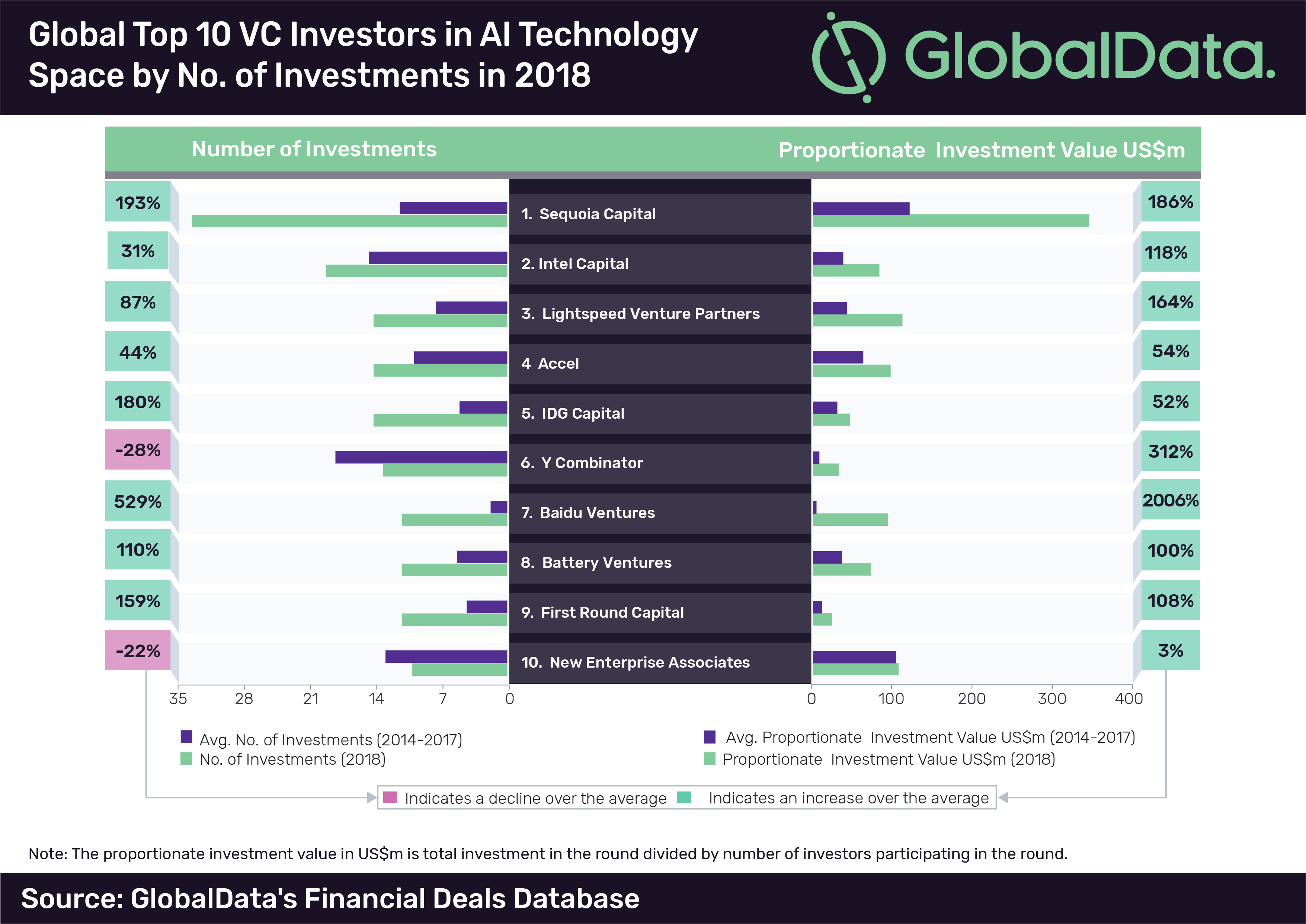 Aurojyoti Bose, Financial Deals Analyst at GlobalData, says: “On the back of decades of Federal research funding, best-in-class talent pool and corporate initiatives, the US remains at the forefront of the VC investment AI space. However, it lacked any Federal level national policy agenda on AI until February 2019, when President Trump launched the American AI Initiative program. On the other hand, several countries including China were ahead in releasing their AI development roadmaps and committed billions of dollars towards it.”

China is working on its goal of becoming a global AI leader by 2030. According to the 2018 China Artificial Intelligence Development Report, the country has the highest number of AI patents and also ranks second in terms of AI companies count.

Bose concludes: “With the launch of American AI Initiative, the competition between the US and China is likely to become fiercer. As a result, the global AI space is expected to witness a growth in the number of start-ups, which in turn will result in strong VC investment activity.”