Global ethylene capacity is poised to register a considerable growth of 40% from 189.13 million tonnes per annum (mtpa) in 2018 to 264.13 mtpa in 2023, led by Asia and North America, says GlobalData, a leading data and analytics company.

The company’s report, ‘Global Ethylene Industry Outlook to 2023 – Capacity and Capital Expenditure Forecasts with Details of All Active and Planned Plants’ reveals that around 126 planned and announced plants are scheduled to come online, predominantly in Asia and North America, over the next five years.

Dayanand Kharade, Oil and Gas Analyst at GlobalData, says: “Asia will dominate the global ethylene market, mainly due to China having both the biggest number of new projects and the largest absolute capacity expansion driven by the country’s economic growth. The country is set to build around 34 ethylene projects in the next five years.” 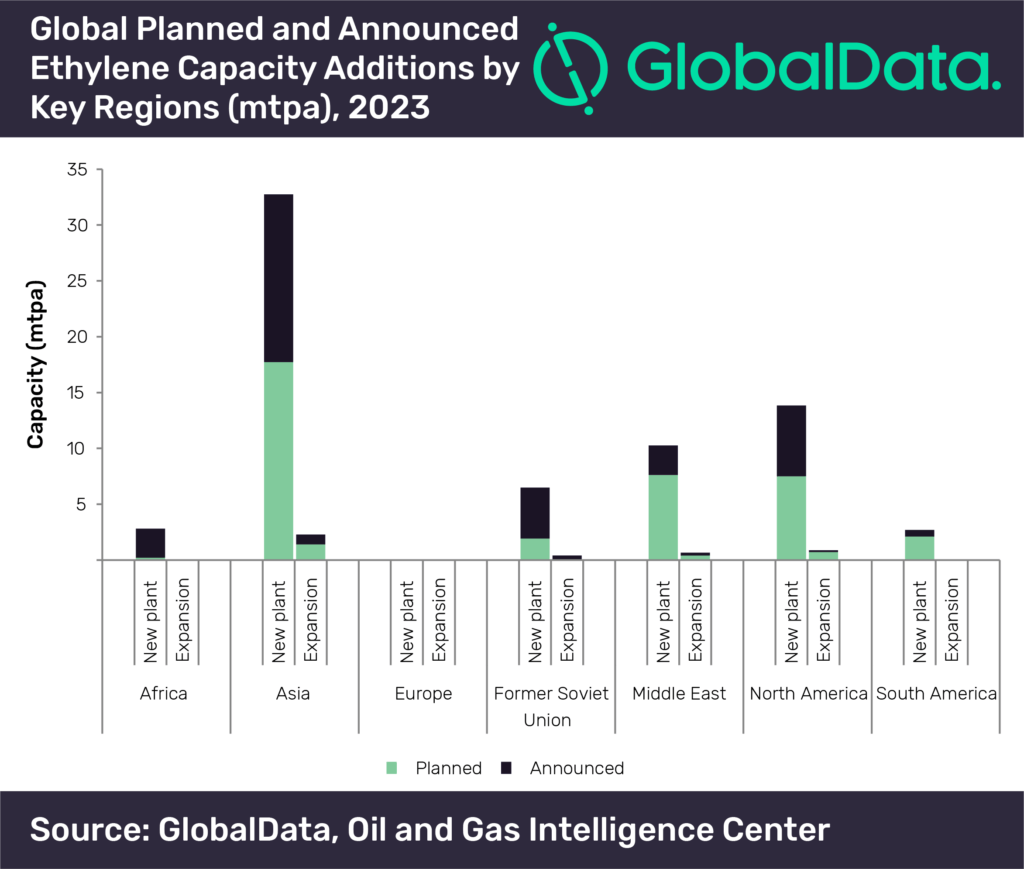 Kharade adds: “In North America, the low-cost abundant supply of natural gas is the primary reason for the rush in ethylene capacity additions in the US. The country is set to add large capacity through its 14 upcoming ethylene projects in the next five years.”

Exxon Mobil Corp, Saudi Arabian Oil Co and The National Petrochemical Co will be the top three companies globally in terms of planned and announced capacity additions over the outlook period.