Global polyethylene capacity is poised to see considerable growth over the next five years, potentially increasing from 110.12 million tonnes per annum (mtpa) in 2018 to 157.02 mtpa in 2023, registering a total growth of 43%, led by Asia and North America, says GlobalData, a leading data and analytics company.

The company’s report: ‘Global Polyethylene Industry Outlook to 2023 – Capacity and Capital Expenditure Forecasts with Details of All Active and Planned Plants’ reveals that around 159 planned and announced plants are scheduled to come online, predominantly in Asia and the Middle East, over the next five years. 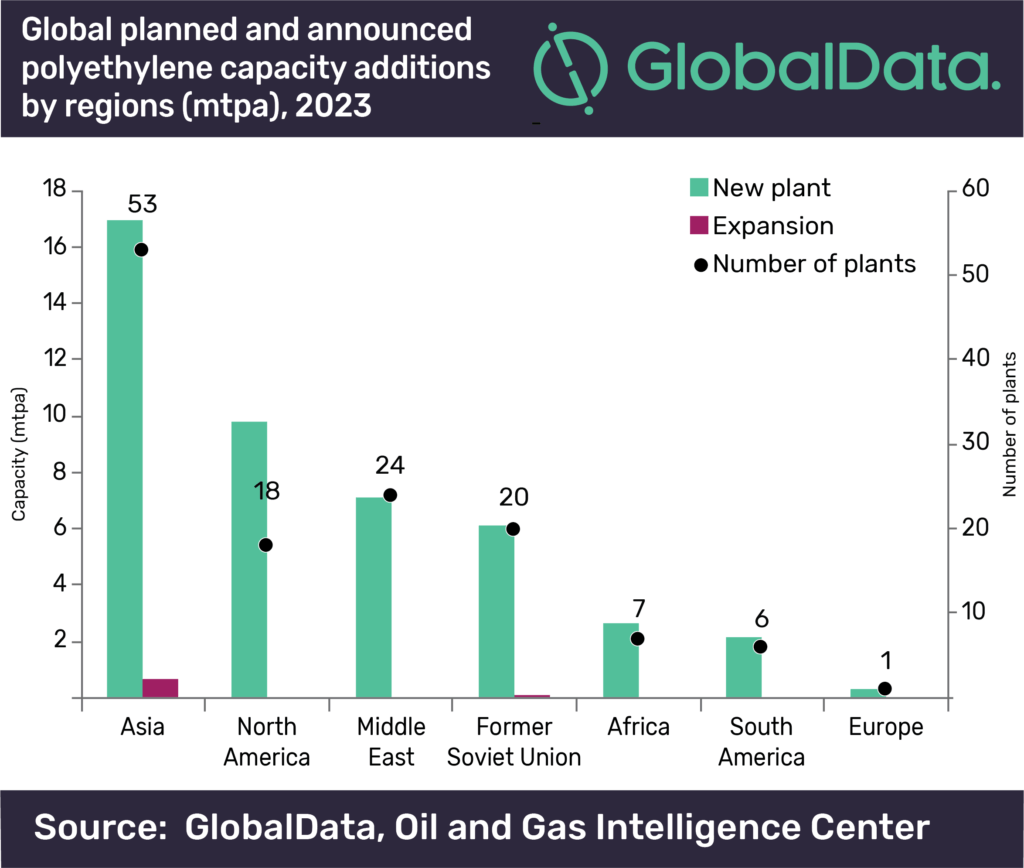 Kharade added, “For North America and Middle East, the low-cost abundant supply of natural gas is the primary reason for the rush in polyethylene capacity additions. In addition to feedstock advantage, target exports to other American countries are also the reason for large capacity additions in the US. Iran, on account of cheaper feedstock and proximity to booming Asian markets, is set to add large capacity in the upcoming period.”