Within Asia, China plans to add a total capacity of approximately 152.4 million tonnes per annum (mtpa) with the help of 305 planned and announced petrochemical plants. The country is expected to spend a capital expenditure (capex) of US$91.5bn during the period. Hengli Petrochemical and China Petrochemical Corp are the top two companies accounting for the major capacity additions in China.

Dayanand Kharade, Oil & Gas Analyst at GlobalData, explains: “Asia will continue to dominate the global petrochemicals market in the mid-term with both the biggest number of new projects and the largest absolute capacity expansion driven by economic growth of China, India and other Asian countries. 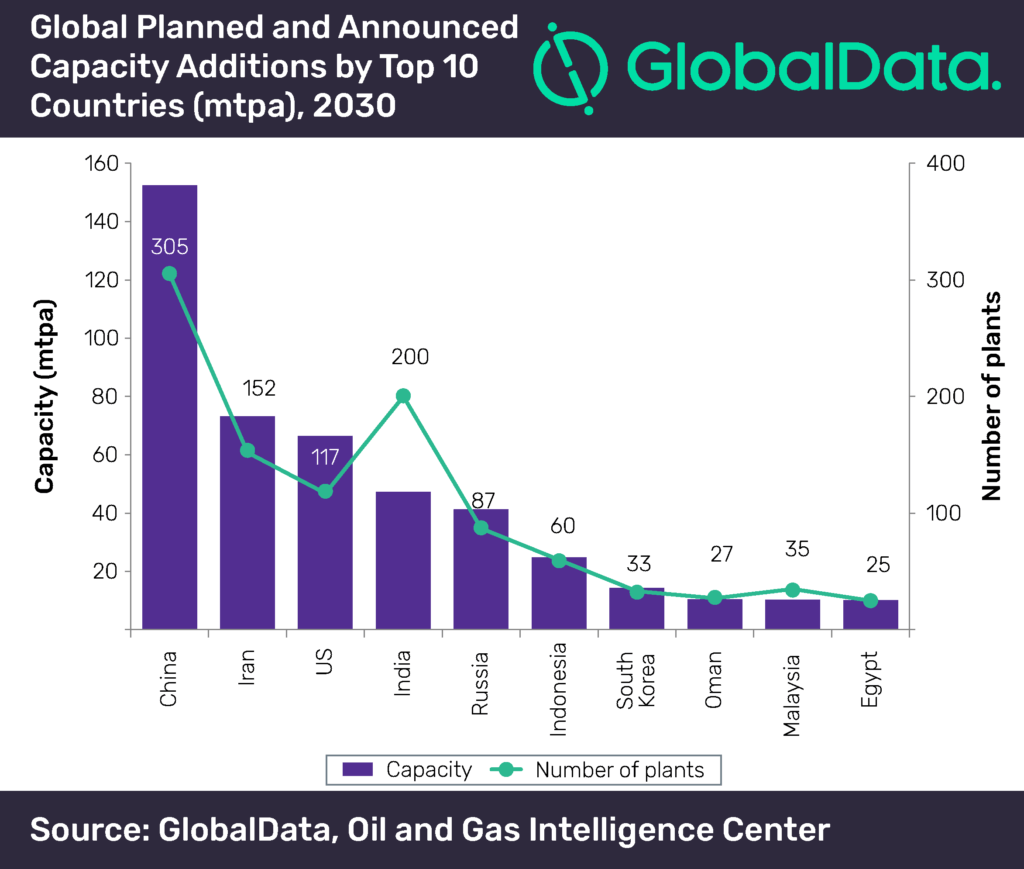 GlobalData identifies the Middle East as the second largest region in terms of capacity additions. Iran will have 152 planned and announced petrochemical plants, adding capacity of around 73.3 mtpa by 2030. The country is expected to spend a total of US$51.1bn. The National Petrochemical Co, Badr-e-Shargh Petrochemical Co and Sepehr Makran Iran are the top companies accounting for the major capacity additions in Iran.

In Africa, majority of the petrochemical capacity additions are in Egypt, with planned and announced capacity additions of about 10.1 mtpa. Capex for these plants totals US$11.7bn in the coming years. In Europe, Belgium plans to spend US$1.6bn to add capacity of approximately 1.9 mtpa, which is expected to come onstream by 2030.

In South America, Brazil plans to spend US$9.6bn in the coming years to add capacity of 8.7 mtpa.

Morgan Stanley and Evercore were top M&A financial advisers by value and volume in global oil and gas sector for 2020, finds GlobalData
North America’s O&G trunk/transmission pipeline to be almost twice as long as FSU by 2024 as the region continues to lead global pipeline length additions, says GlobalData
Around three quarters of North American midstream projects that got impacted are in the US
US to drive LNG liquefaction capacity growth in North America by 2024
Low crude prices and oil demand uncertainty will hamper near-term growth in Permian