GlobalData’s latest report: ‘B-Cell Non-Hodgkin’s Lymphoma: Epidemiology Forecast to 2027’ reveals that the increase is partly attributed to the moderately rising trend in incidence in the 7MM, combined with underlying demographic changes in the respective markets. 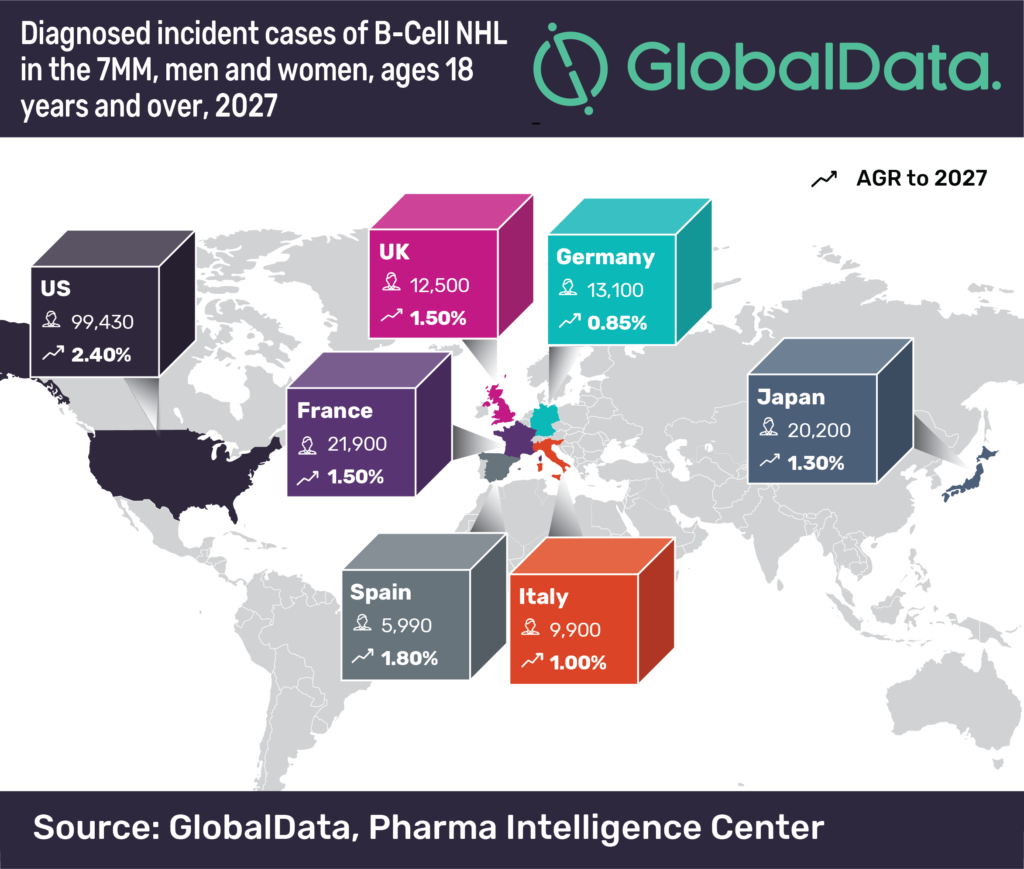 Bishal Bhandari, Epidemiologist at GlobalData, comments: “GlobalData’s research shows that DLBCL is the most common subtype of B-cell NHL. This is important as it is the more aggressive form of cancer with poor prognosis and the risk of mortality from DLBCL will increase in the elderly population with other co-existing diseases and conditions; making it an important patient population to focus on.”

Bhandari concludes: “It is worrying that most cases of DLBCL were diagnosed in the advanced stages as survival will be poor and patients would have required aggressive therapy to get the cancer under control.

“There is a need for diagnostic tools to detect aggressive cancer such as DLBCL at earlier stages and treatment priorities should also be aligned to address the aggressive form of cancer.”

*7MM: The US, France, Germany, Italy, Spain, the UK and Japan