Natural gas production for Northwest Europe is forecast to decline by approximately 25% from current levels over the next five years as upcoming projects struggle to offset overall declines, according to GlobalData, a leading data and analytics company.

The company’s report, ‘2019 Northwest Europe Upstream Development Outlook – Surge in New-Build Oil and Gas Project Starts for 2020’, reveals that gas production fell year on year over the last two years, a trend that is set to continue over the forecast period. The lack of major upcoming gas projects, alongside a production phase out at the giant Groningen gas field, has set a clear downward trend for gas production in Northwest Europe. Despite rising gas production for Norway and the UK over the near term, declines in the Netherlands, Denmark and Ireland outpace volumes introduced from upcoming projects.

“For gas, the outlook is less optimistic as the number of large gas projects coming on-stream is limited and post 2021 could see dramatic declines in gas production without the addition of future projects.” 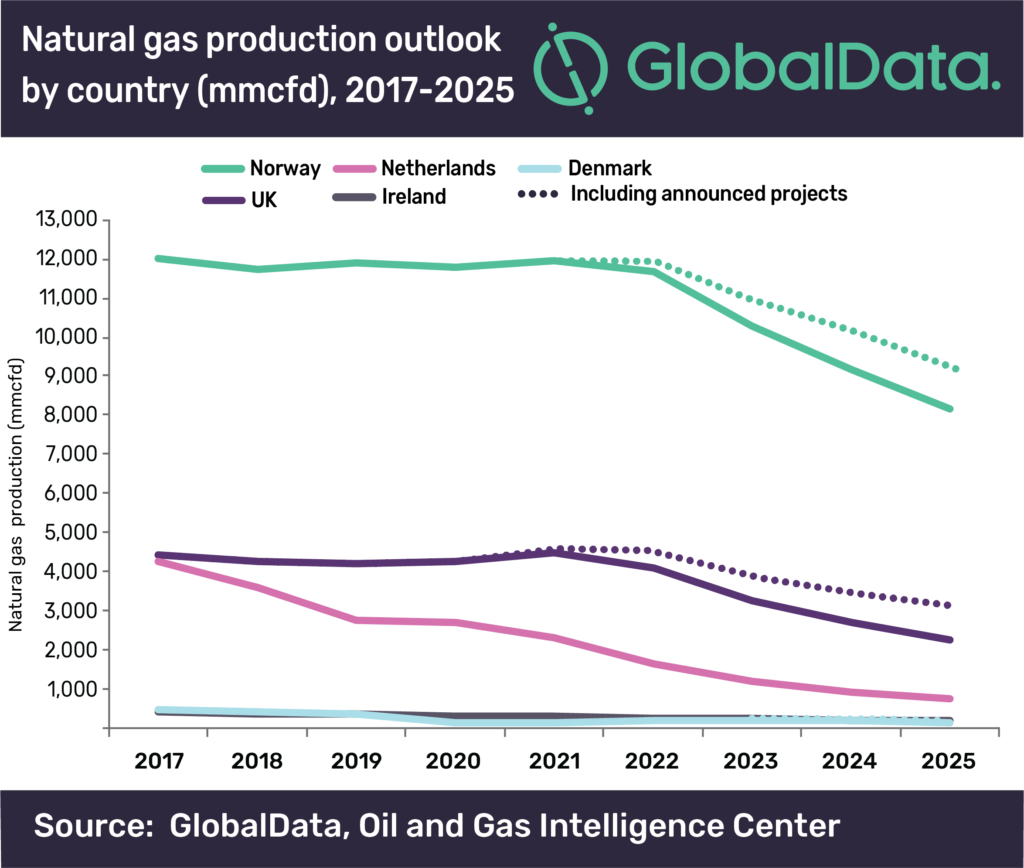 The report also outlines that an increase in project starts can be expected for 2020 to the highest level since 2017, driven mainly by shallow water subsea developments. Of those project starts, the UK is set for a deepwater return, as no deepwater projects came online in 2018 or 2019, and a resurgence to levels last seen in 2017 is predicted. Across the region, a higher number of oil focused developments are due to startup in 2020.

Rogers continued “Oil-focused developments are set to see a higher proportion of invested capital over the period. This likely reflects the development of upcoming major oil projects and a currently more stabilized oil price environment; whereas gas-focused developments are lacking due, in part, to weak domestic gas prices, as well as gas infrastructure constraints in certain basins.”

GlobalData estimates that new-build oil and gas projects are due to surge to a total of 21, and that 13 projects in the region are poised to take a final investment decision in 2020, the majority of which are UK North Sea situated developments.