China has a US$1.4 trillion state program to support R&D in key enabling technologies over the next five years to rid itself of dependency on the US. These include semiconductors, artificial intelligence (AI), robotics, 5G and 6G, data centers and cloud, supercomputing, quantum computing technologies, and low-earth orbit satellites, says GlobalData, a leading data and analytics company.

GlobalData’s latest report, ‘China Tech (2020) – Thematic Research’, reveals that ban on the use of US semiconductor technologies has been detrimental to companies such as Huawei, which rely on these chips for their mobile handset offerings. China is now putting a multi-year counterstrategy in place to upgrade its digital infrastructure and wean itself, as far and as quickly as possible, off reliance on the US software and hardware inputs.

Several China’s technological ambitions are tied in with its Belt and Road Initiative (BRI) and the Digital Silk Road (DSR). This will comprise a network of developing countries whose digital infrastructures have been, and will be, supplied by Chinese companies. This will provide China with diplomatic favor, significant influence over these countries, and vast swathes of data that will be collected and sent back to Beijing.

Danyaal Rashid, Thematic Analyst at GlobalData, comments: “China intends to use the DSR to generate as much data as possible and build datasets that supply Chinese companies with insights about target markets. This should give it an edge over local and non-Chinese competition along the DSR, and beyond, selling ecommerce, insurance, social networks, autonomous electric vehicles, and anything else China offers.

“This data will also be used to develop AI technology. Chinese AI technology is behind that of its Western counterparts, but China’s advantage lies in the amount of data they have to train AI algorithms with, rather than just the underlying technology itself.” 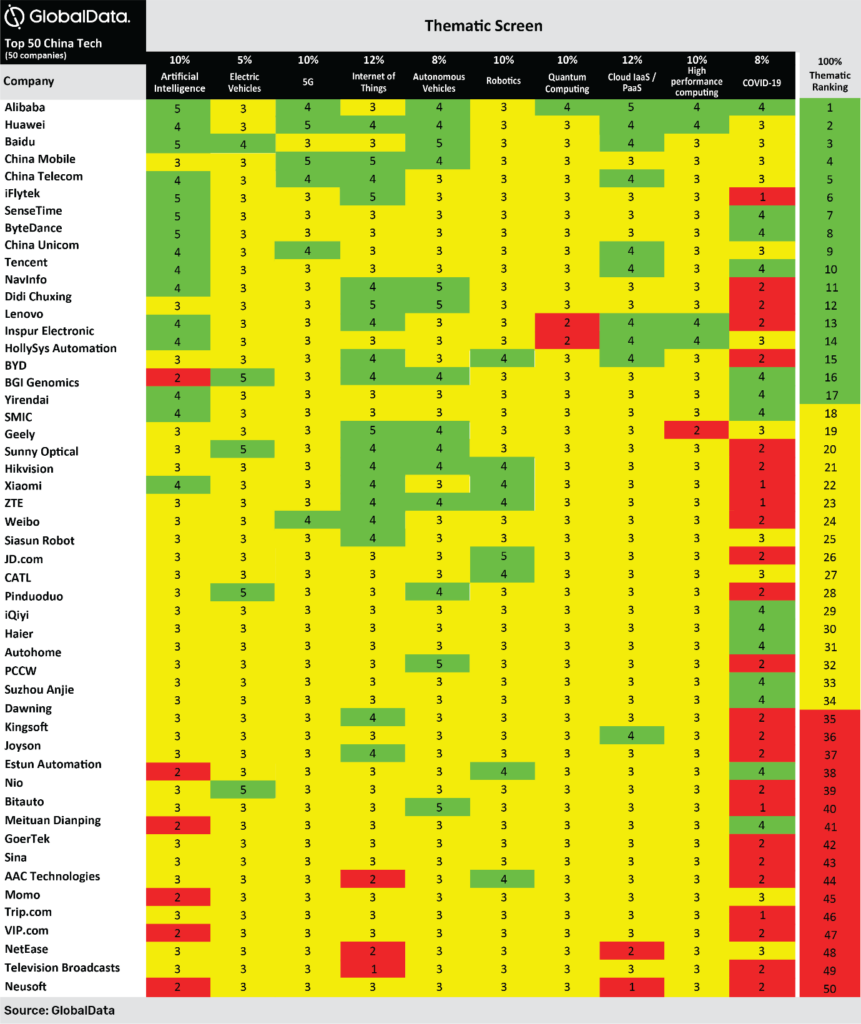 China has already begun its foray into next-generation technologies. They are investing US$10bn in a national quantum computing research center based at Hefei University of Science and Technology.

China has 54 BeiDou navigation satellites in orbit, surpassing the 34 global positioning system (GPS) satellites, giving China a secure alternative to the US technology, which will have major military and civil applications.

Space is an area of great interest to the regime and it has launched a 6G satellite in November 2020. This is in addition to the Micius quantum satellite, which created a secure channel between China and Vienna in 2017 for a conference call between quantum engineers.

Mr Rashid concludes: “Semiconductors remain the major area of focus for both Chinese firms and the government. There is a shortfall of around 400,000 suitably qualified professionals in the semiconductor space. In response to US protectionism, a US$170bn National Integrated Circuit Plan has been established, with China setting about trying to spawn a world-class, autonomous semiconductor supply chain. Meanwhile, the arrival of Swiss-based RISC-V architecture – an open-source chip blueprint technology – opens all kinds of prospects for Chinese semiconductor companies, and, crucially, is not under the control of the Americans.”