While renewable energy is improving its share in the global power generation mix at a faster pace, coal still accounts for the majority of the world’s electricity. Against this backdrop, five of the top ten coal-fired power plants in the world by active capacity in 2018 were from China, according to GlobalData, a leading data and analytics company.

GlobalData’s research reveals that  the global coal-based power generation is likely to grow at a compound annual growth rate (CAGR) of 1.1% from 2,056.5 gigawatts (GW) in 2018  to 2,345GW in 2030, despite a strong opposition on burning coal for power generation by climate change activists and countries’ gradual transition towards green power generation.

Ankit Mathur, Practice Head of Power at GlobalData, comments: “Regardless of the negative implications on the environment, there exist a large number of massive mega coal-fired power plants across the world with more than 37% of the global electricity generation coming from this fuel.”

The top five countries in terms of the highest coal-fired power generation (in descending order) are China, the US, India, South Korea and Japan, which together represented almost 78% of global power generation from coal at the end of 2018. 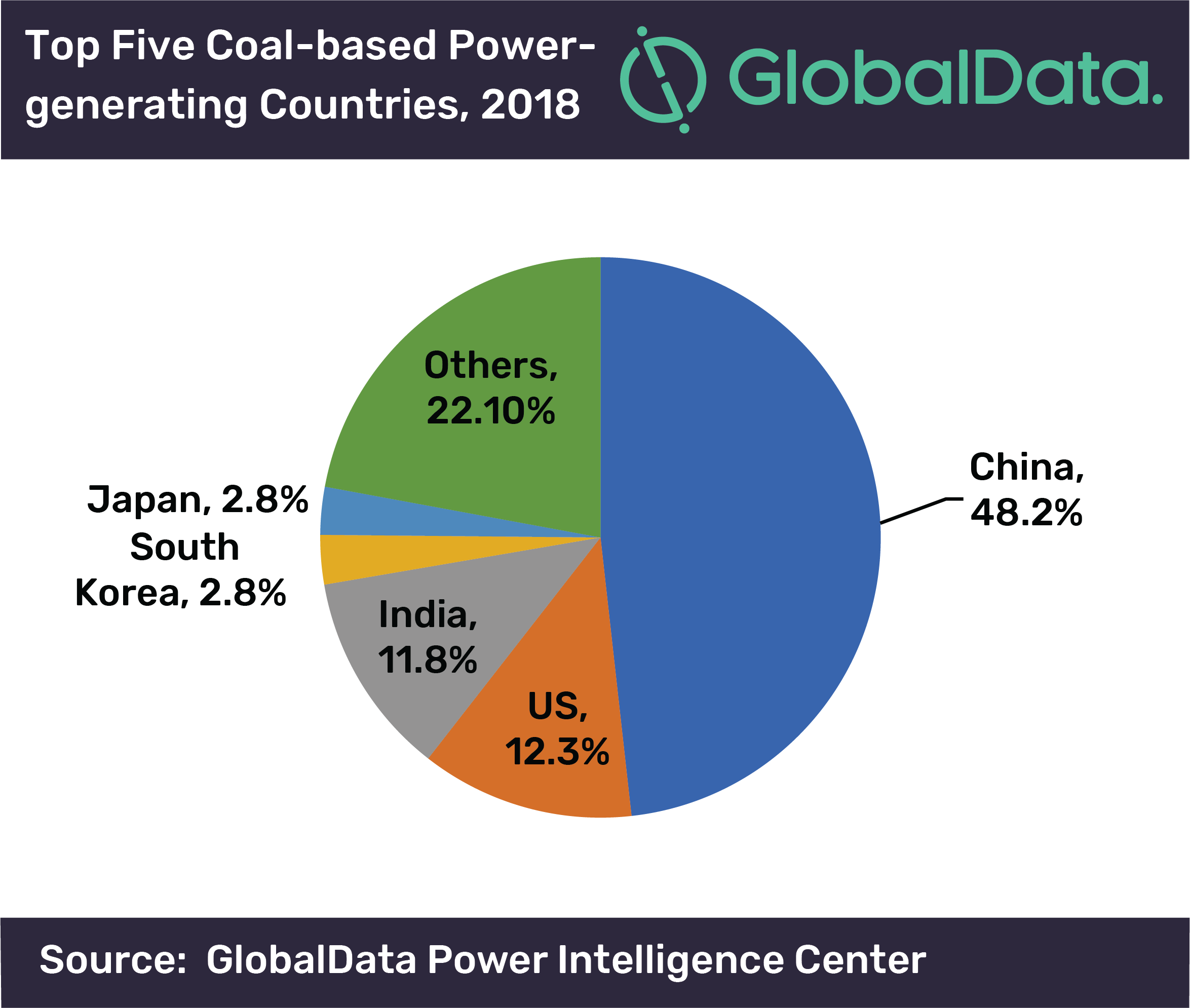 China, which has more than 50% of the global coal-fired power installed capacity, has a large number of mega coal projects installed in the country. Among the top ten largest coal-fired power projects, five are located in China, representing almost 49% of the total capacity of these projects. 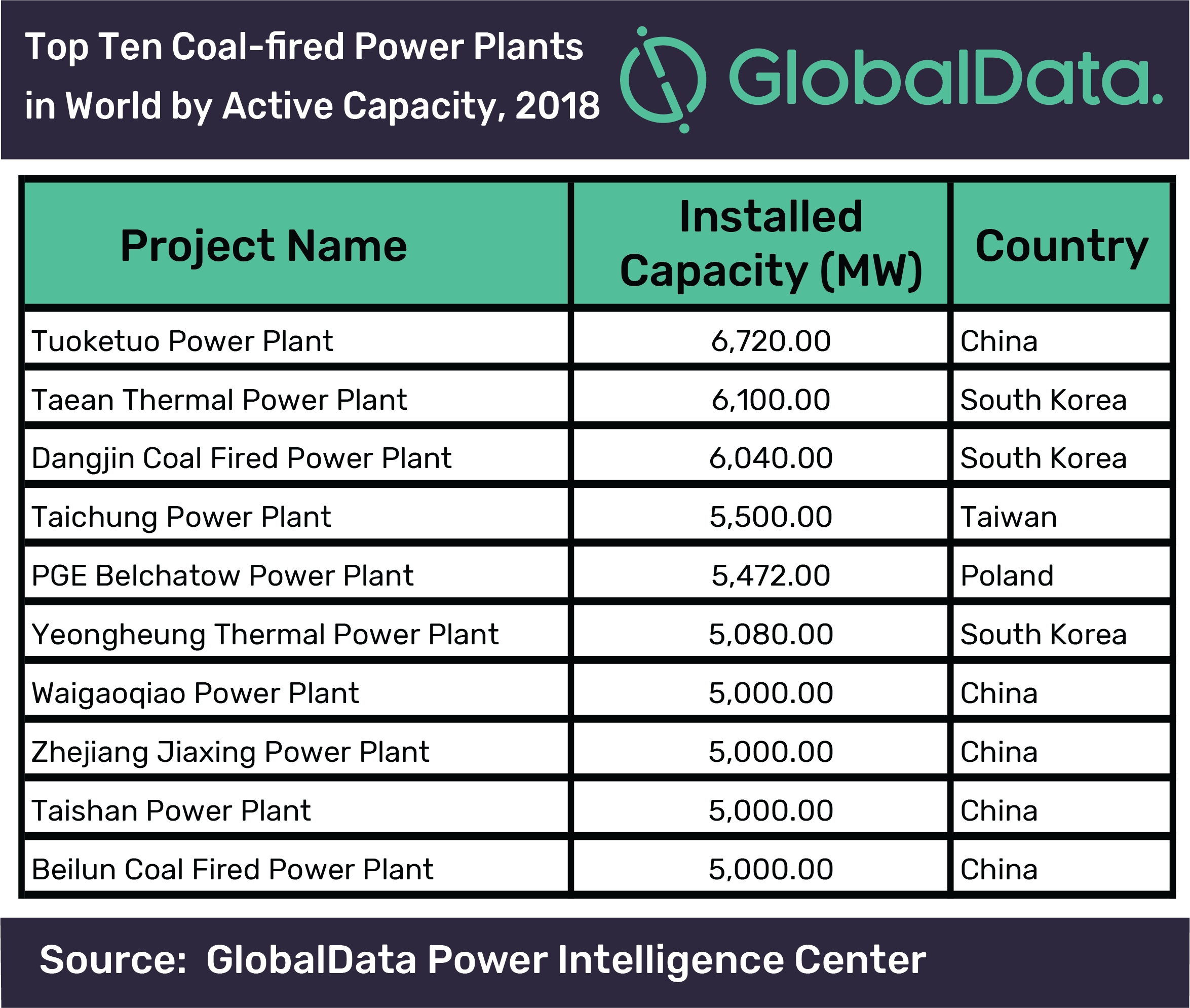 China has more than 120 mega gigawatt projects with capacity of 2+GW, followed by the US and India with each having 24 such projects. China’s Tuoketuo Power Plant has remained the unchallenged leader in the list of top coal-fired projects, with a capacity of 6.7GW.

South Korea is second in the list with three projects among the top ten coal power projects, with Taean thermal project being the largest in the country. Taiwan and Poland are the other countries featuring in the list, with one mega project each featuring in the top 10 list.

The US and India rank second and third, respectively. However, both these countries do not have representation in the list of top 10 plants. The largest coal-fired power plant in the US is the Gibson power plant (3.3GW) and in India, Vindhyachal Super Thermal Power Station (4.8GW).

Mathur concludes: “Despite concerns about air pollution and greenhouse gasses, coal is likely to continue its monopoly, driven mainly by South Asian countries.”