Deal activity (mergers & acquisitions (M&A), private equity (PE), and venture capital (VC) financing deals) across the Asia-Pacific (APAC) region reported a 4.3% decline in October 2021, primarily due to a nosedive in PE/VC deals and decline in the overall deal volume across big markets China and India, according to GlobalData, a leading data and analytics company.

An analysis of GlobalData’s Financial Deals Database reveals that a total of 1,278 deals were announced in APAC region during October 2021 compared to 1,336 deals during the previous month.

Aurojyoti Bose, Lead Analyst at GlobalData, comments: “Deal activity in the APAC region has been consistently improving since June. However, October reversed the trend with surge in new COVID-19 cases across key markets such as China impacting the deal-making sentiments.” 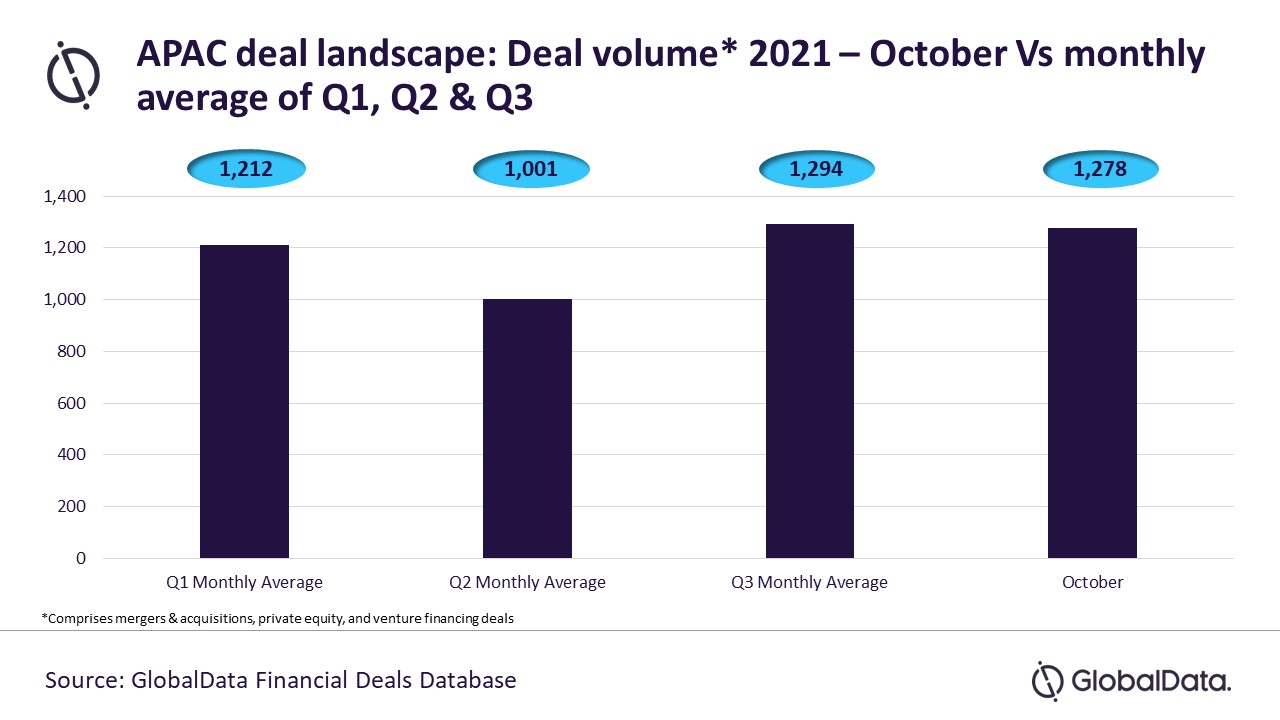 Key deal types such as private equity and venture financing deals witnessed 33.8% and 6.7% decline in deal volume in October 2021 compared to the previous month, respectively while the number of M&A deals increased by 3.9%.

Bose concludes: “Deal activity in the region remained inconsistent ever since the COVID-19 pandemic started playing havoc with markets. Although some countries are showing improvement in deal-making sentiments, market conditions still remain volatile in some of the key markets such as China and India.”